Newcastle coach Adam O'Brien will deploy his seventh spine combination this year as he welcomes back Jake Clifford at halfback for Saturday's game with the Warriors.

After being benched by the club in their 50-2 loss to Melbourne, Clifford has been missing the past three weeks with the club citing "personal issues" as the reason behind his absence.

Regular halves partner Adam Clune is still suffering a knee complaint and O'Brien has opted to give the off-season recruit another week plus a bye round to fully recover.

Clifford will partner Anthony Milford in Saturday's game against Redcliffe, a week Milford made his debut for the Knights against former club Brisbane.

"It hasn't been a bandaid fix (for Clifford)," O'Brien said.

"We've allowed enough time for him to really focus on the stuff that he needed to.

"I thought right from the get-go watching the NSW Cup last week that he set his intentions right from the start and he played himself back into the team.

"Ideally you'd like more time (of Clifford training with Milford). The time that they have spent together hasn't been quantity, but it's been quality."

The game against the Warriors is the last chance some of Newcastle's big names will have a chance to impress for State of Origin selection.

While fullback Kalyn Ponga is a likely starter for Queensland, Newcastle teammate Daniel Saifiti has endured an indifferent season.

The prop has been one of Brad Fittler's best performers in recent series for NSW but admits that he has been way off the pace.

Despite other front-row forwards in the NRL ahead of Saifiti on form, O'Brien said his top prop had done enough in previous years to earn a recall.

"He's very honest with himself and that's what men do when they're confronted with the brutal facts," O'Brien said.

"His form, he's owned it. He's working hard and I've seen signs over the last few weeks that his best footy is coming out.

"There's no doubt if he's picked he won't let the jersey down.

"I do believe if you're the heavyweight champion you need to have the belt taken from you. He's the custodian of it and he's done it in the past there." 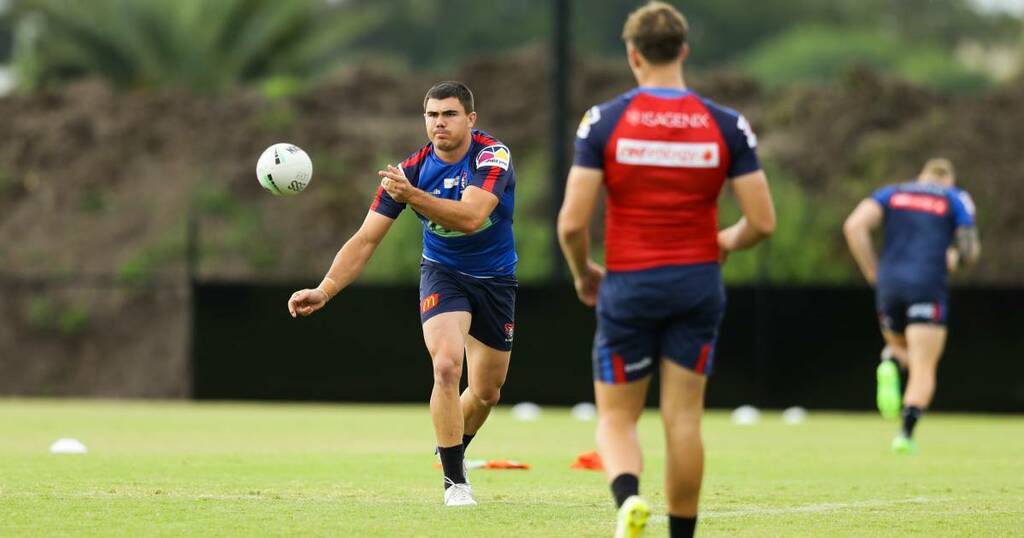 Clifford set to return for Newcastle Knights against Warriors
Knights coach Adam O'Brien named his side on Tuesday.