EMBATTLED Newcastle Knights coach Adam O'Brien says he has been guaranteed his job is safe for the remainder of this season.

The third-year mentor, who fronted the media on Tuesday in an attempt to clarify comments he made post-game on Sunday about being involved in "four grand finals", said club management had assured him he would get another preseason to try and turn things around.

The Knights have fallen from finishing seventh the past two years to 14th with five rounds left to play and will drop to 15th if they lose to Wests Tigers on Sunday.

Chief executive Philip Gardner has been resolute in his support of O'Brien this season, declaring only a week ago: "We won't be changing the head coach."

Those comments followed Gardner's mid-season statement after the Knights were hammered 50-2 by Melbourne that O'Brien was "under no pressure whatsoever".

But the coach said on Tuesday he was well aware the support of the club's hierarchy would only last so long given recent results.

"I feel full support, but it is a results-driven business.

"I completely understand what I signed up for."

Asked if he had been guaranteed his job was safe for the year, O'Brien said: "Yes."

"They have said to me we're here for the long haul," he said. "They obviously want us to finish on a high this year, but we really need to nail our preseason."

Newcastle have lost their past four games by a combined scoreline of 148-62. It comes after the team suffered a seven-game losing streak earlier this year. The side has only won five of 19 matches in total this season.

"There's been some stuff we've had to contend with during the season that if I'm to roll that out, it's just been seen as using an excuse," O'Brien said.

"The crew that we've got here, I've got full faith in them. We made the finals for the first two years, but yeah - we were out really early.

"Had we scraped through to finals [this year], we would have just put a Band-Aid on a gunshot wound. There's stuff here that we need to fix."

O'Brien, who is nearing the end of his third season in charge, said he "did not know" how long it would take to turn things around. He said some of the club's problems were there in his first two years in charge and were likely papered over by scraping into the finals.

"When I first come to town all I wanted to do was to try and get them into the eight, because it had been so long, it was so talked about," he said. "Maybe I was setting the bar too low there and then just having that mindset."

Addressing comments he made after his side's 24-10 loss to the Bulldogs, in which he referenced his involvement in "four grand finals" as an assistant, O'Brien said he was trying to offer fans hope and did not intend to claim credit for the work of others.

"The press conference after the game, I'd like to have it back," he said.

"I clearly didn't articulate the message that I tried to get across. I apologise for that.

"It looks like I'm an ego-maniac - that wasn't my message.

"I was trying to talk to the supporter that sits on the hill that must be wondering at times, do they practise defence? Do they tackle-technique at training? Are they fit? Are they tough?

"Some of the performances, I can clearly get why they would ask that.

"I was trying to talk to them to say the boys are training at a really high standard, in terms of what I've witnessed at successful clubs.

"The field session what I've been a part of down there with Craig [Bellamy] at Melbourne, very, very similar sessions [with] the same intensity.

"Hayden [Knowles] coming from Penrith last year and winning a competition, the fitness program here - the boys are training to that.

"I'm trying to give hope to the people on the hill that we are training at a high level.

"Is that translating to the field? No, it's not.

"And that responsibility is squarely on me." 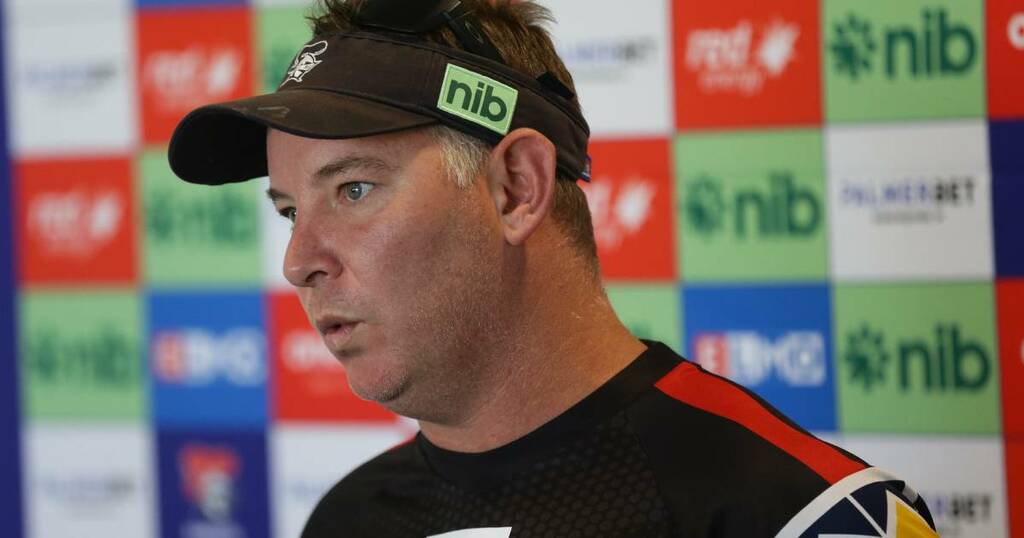 Newcastle Herald
From analysis to the latest developments in health, read the most diverse news in one place.
Klemmer stood down by NRL Knights

Newcastle coach David Klemmer has been sidelined by the Knights after abusing a club trainer during their loss to Canterbury.

Lacklustre 24-10 loss to Canterbury increases pressure on Knights as they battle to avoid the wooden spoon.

"We are in communication with David and are supporting him and his representatives through this process."

The 28-year-old prop has been dropped from the side.

Newcastle Herald
One place to find news on any topic, from hundreds of sites.
Why Jacob Kiraz left the Knights and how it felt to score a hat-trick against them

The Knights hosted the Bulldogs on Sunday afternoon.