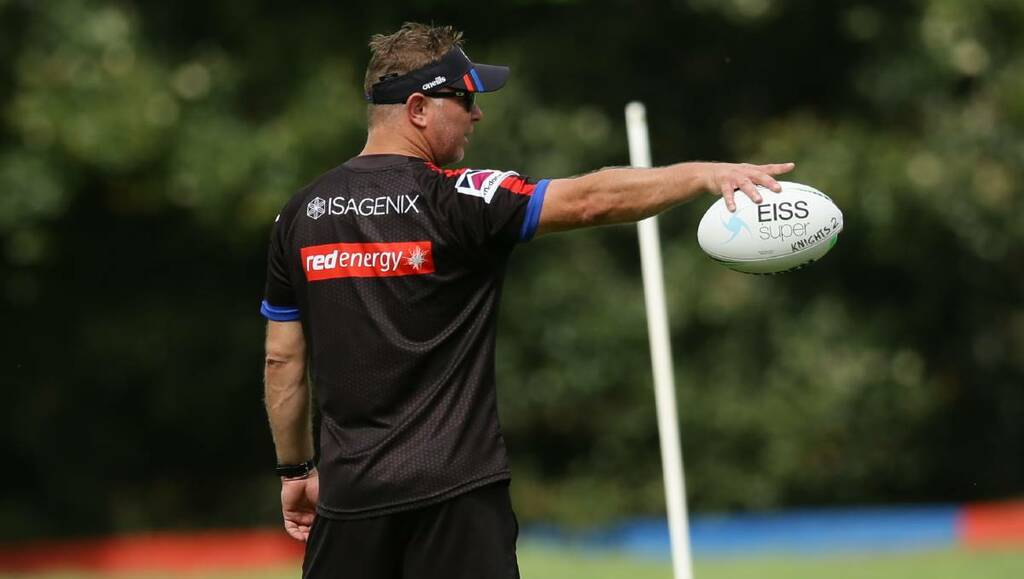 KNIGHTS coach Adam O'Brien has welcomed the vast majority of his squad back to training and admits the outbreak of COVID-19 they encountered last week might yet prove a blessing in disguise.

More than half of Newcastle's squad were missing because of the coronavirus when they resumed training last Thursday, after their Christmas-New Year break.

As frustrated as O'Brien was at the time, he now accepts that it could potentially be less disruptive to have players infected during pre-season than the competition proper.

"I think that's a good way of looking at it," O'Brien told the Newcastle Herald.

"It's not ideal and you don't wish it on anyone.

"We've had a large chunk of players go through it, and that should hopefully limit their chances of getting it again when we're back playing games.

"So I suppose hopefully that's the flip side of it."

"There are very few who've had major symptoms, but we've got really experienced medical staff, so we're very comfortable with that," he said.

The coach said there would likely be "a few more bumps in the road" as the Knights tried to navigate their way through another season in the COVID minefield.

"Every day throws up a different challenge, but we're trying not to get bogged down in it," O'Brien said.

"We're just focused on being as prepared for anything as we can be, and react to whatever happens.

"It is what it is. In terms of how we're planning our training weeks, we just have to evolve and adjust and that will probably continue right through the season."

Newcastle's strength and conditioning staff face a truncated preparation for their first trial game, against Canterbury on February 21.

Not only were a host of players unable to train while in isolation, but the club was forced to start the Christmas break early after a young player and employee contracted the virus.

O'Brien said "getting some miles back in their legs" was a priority but had no doubt they would be ready to take on the Bulldogs.

"The block of training we did get in before Christmas was very decent," he said.

"I felt the first pre-season I had here was a tough pre-season, and then last year we only had a very, very short prep.

"But the five or six weeks we got in before Christmas was on a par with that first pre-season and we put a really good base into them.

"That probably helped me sleep over the extended break over Christmas, knowing how hard they had worked.

"That being said, we have to make the most of January to get ready for the trials.

"Come February 21, we'll have a physically and mentally fit team, ready to go."

The Knights have already started using the facilities at their new Broadmeadow Centre of Excellence, even though it is not fully finished, but are still holding their field sessions at Wests Mayfield.