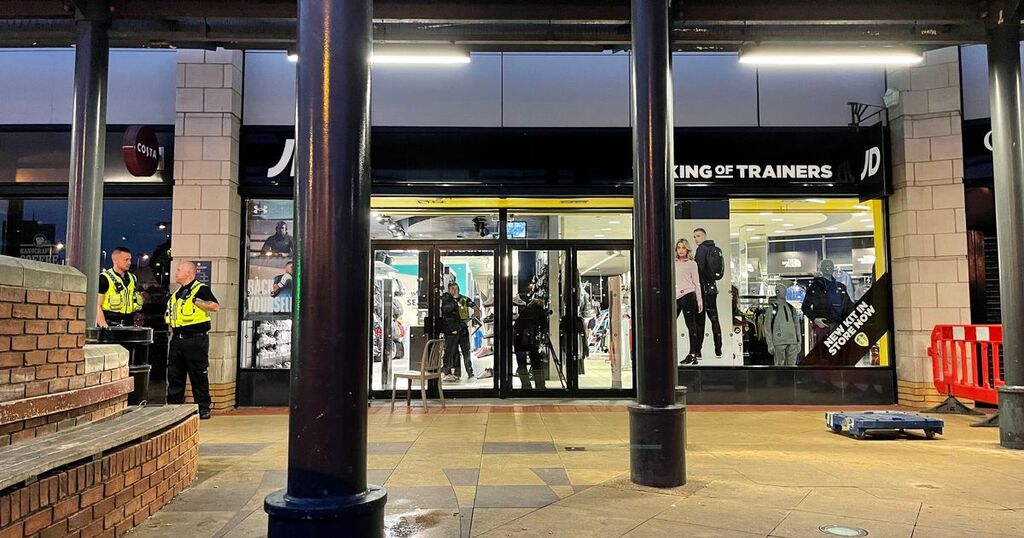 Two robbers armed with a knife and screwdriver were confronted by staff and customers when trying to steal items from a JD Sports store in Leeds yesterday afternoon.

They duo was challenged by employees after taking Leeds United shirts and other clothing from displays at the Seacroft Green Shopping Centre branch.

A scuffle ensued with members of the public assisting and the men fled, running to a grey Vauxhall Astra where a third suspect produced a machete.

The three drove off onto Seacroft Crescent knocking down a sign in the car park on the way.

Police are now appealing for information following the armed robbery which took place at 4.18pm.

Stock is being checked but it appears most of the stolen items were recovered at the scene.

Detective Inspector Richard Holmes, of Leeds District CID, said: “This was obviously a distressing experience for the staff who were confronted by these suspects who were armed with weapons.

“Despite this, they and members of the public felt able to intervene and challenge the robbers causing them to leave most if not all the items they were trying to steal.

“We are carrying out extensive enquiries to identify the suspects and the vehicle involved and we would like to hear from anyone who witnessed any part of the incident, particularly anyone with relevant dashcam or phone footage.”

Anyone with information is asked to contact Leeds District CID via 101, quoting crime reference 13210467610 or online.

Information can also be given anonymously to the independent charity Crimestoppers on 0800 555 111.