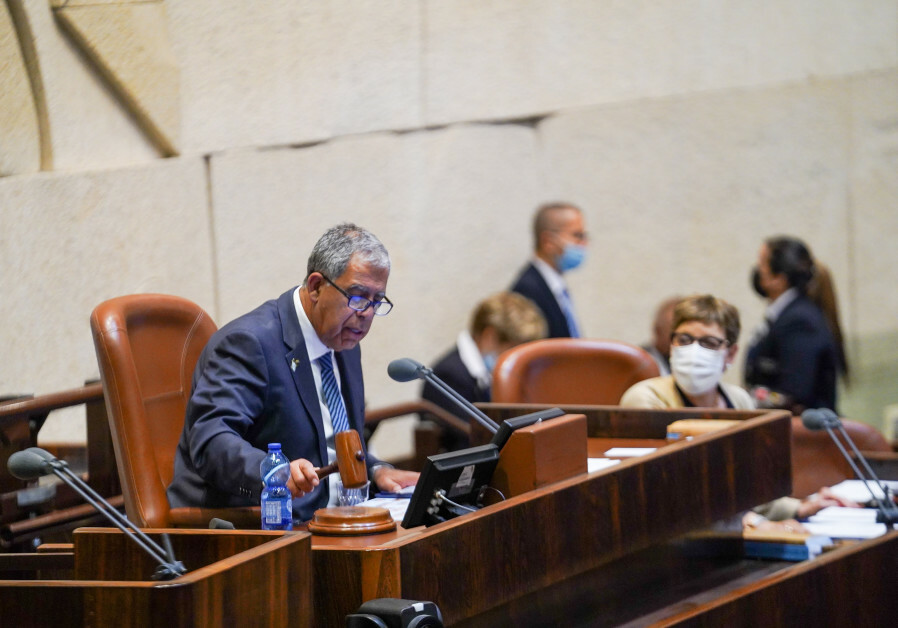 Knesset Speaker Mickey Levy (Yesh Atid) denied reports on Sunday of serious tension in the coalition ahead of the passage of the state budget, in an interview with The Jerusalem Post, his first with the English-language media since he entered the position.

Levy made the statement following reports that fights between Prime Minister Naftali Bennett and Defense Minister Benny Gantz and between Foreign Minister Yair Lapid and Interior Minister Ayelet Shaked were resolved over the weekend. The Maariv newspaper quoted a minister on the Right saying it is clear to everyone that the budget being legislated is both the first and last budget of the government.

“The budget will pass, and the coalition will continue to function, despite having eight parties with different worldviews,” Levy said in the interview, which will be published in full on Friday. “It is important for us to stay united to serve the people, their health, education, welfare, economy and the strength of Israel.”

Levy said that after the budget passes, the parties in the coalition have to bring achievements, but added that they will find balances and brakes needed to compromise.

A spokesman for Lapid, who heads Yesh Atid, denied a report that the foreign minister had canceled trips abroad at Finance Minister Avigdor Liberman’s request in order to maintain the stability of the coalition ahead of the vote on the budget, which is set for November 4. The report said Lapid’s trip to Washington this week was an exception.

“There are no trips abroad after the US before the budget passes,” Lapid’s spokesman said.

Intelligence Services Minister Elazar Stern (Yesh Atid) told 103 FM that “it is natural in a diverse coalition that there are disagreements.” He said party heads have been talking and resolved their disputes.

Stern addressed the deterioration in relations between Shaked and Lapid.

“The public knows and acknowledges that Yair Lapid has given up the most for this government to exist,” Stern said. “He wouldn’t attempt to topple his own government.”

Tal Spungin contributed to this report.