Knepp estate: why the king and queen of rewilding are farming again after 20 years

It’s odd to hear the owners of the UK’s pioneering rewilding project at Knepp estate in West Sussex gushing about farming. But Charlie Burrell and Isabella Tree are returning to a sector they left 20 years ago. In 2000, they let their unprofitable dairy and arable farm go to seed. Now Knepp Wildland is a 1,400 hectare (3,500 acre) rewilding project, home to a smörgåsbord of remarkable wildlife, including critically endangered nightingales and turtle doves. It is a success story that has inspired many to think differently about land, and how much wildlife we should expect in our countryside.

Now, another chapter is being added to the Knepp story, as the last 150 hectares of land is amalgamated into the project. For decades, land scattered around the villages of Shipley and Dial Post was run by a tenant farmer who used it for grazing sheep. But the farmer has left and it is being scruffed up and transformed into the Knepp estate regenerative farm, which will supply local food to a new farm shop and cafe, due to open later this year. They are also opening a market garden, which will make use of manure from the cows. Knepp visitors will be able to go on farm safaris, just like they do on the rewilding project.

I meet the couple in a farmyard which, until 2000, had been a commercial dairy for a century. At the moment it’s a big empty yard but it won’t be quiet for long. They already have 40 Sussex cattle in their regenerative farming herd, rising to 130 over the next 12 months. The barns are likely to house cattle over the winter months, when the clay fields become too wet underfoot. One of the cows – an unplanned pregnancy – gave birth in the barn just after I left.

The “king and queen of rewilding”, as Burrell and Tree have been labelled, are normally photographed in front of a piece of scrub, standing in long grass or caressing an old oak tree. Today, their backdrop is a mess of barbed wire, some old fenceposts and a barn full of hay. It’s not your typical bucolic scene, but removing obsolete tangles of wire and beefing up hedgerows is part of bringing nature back to this farm.

Making their vision a reality requires a sizeable investment. The couple have injected £250,000 into the project, which their farm manager, Russ Carrington, expects to pay back over 20 years. The money will buy cattle, a cattle crush (which holds the animals still while they are examined), a cow brush (which allows them to scratch themselves), hurdles and gates, fencing, polytunnels and a caravan for interns.

By year five, Carrington hopes to start turning a profit, although this is difficult to predict when the future of post-Brexit government farming grants remains uncertain. Burrell and Tree are fortunate in that revenue from rewilding will help to finance this relatively risky project. Many farmers could not afford it.

The biggest change that is going to happen in our landscape is regenerative agriculture. It makes complete sense

Burrell believes that if they had been farming regeneratively all along they may not have been saddled with the debt that forced them to take the decision to rewild in the first place.

“The biggest change that is going to happen in our landscape is regenerative agriculture. I think we’re seeing this huge movement wherever we go,” says Burrell, who believes it will be the norm in the UK within a couple of decades. “It’ll be weird if you aren’t doing it. It makes complete sense.”

A lot has changed in the past 20 years, and, increasingly, UK farmers are being encouraged to think about farming for climate and biodiversity, with the anticipated revolution in subsidies driving much of that change, although environmental groups are concerned that government schemes will fall short of what has been promised.

It is difficult to define regenerative farming, but at its centre is improving the health of the soil, which is key to a robust farming system. The main principles include limiting soil disturbance, growing a diversity of plants all year and keeping roots in the soil as much as possible.

Burrell says: “Every time you plough, you are turning a whole living world upside down, and they’ve got to start again. If you keep doing that for long enough, you’re going to kill everything off. When you think of it like that, the regenerative agricultural movement just makes complete sense.”

An important part of the project will be in-depth baseline surveys. They have taken soil samples from eight fields, including one control sample from a neighbour’s non-organic field, and also surveyed insect populations. Burrell is excited about the development of airborne environmental DNA (eDNA) to get even more complex data on water, soil and air samples.

Tests will be done every five years. “We’re going to see if it’s right or wrong,” he says. “We’ll tease out on this bit of land what that looks like – we started with this and end up with that, and then we talk about it. Everything has to be as truthful as you can possibly make it. You’re not trying to push one particular idea.”

The issue of eating meat is one of the thorniest, with conflicting views about what is the right amount to consume. Tree has previously written for the Guardian to say we should cut down, but promotes eating meat and dairy raised on traditional rotational grazing systems. Many scientists argue that going vegan is better for the planet.

Unlike in the rewilding project, where animals can roam freely, the farm is crisscrossed with temporary electric fences. The beef herd will be rotationally grazed in “mobs”, regularly moved on to fresh grass, so the land can be rested in the intervals. The idea is that the cows eat about a third of the grass on each piece of land, fertilising it with pats as they go, and are moved on before it gets too short, giving it plenty of time to grow back before it is grazed again.

To move the herd on, all Carrington has to do is shout “fresh grass” and the cows are soon mooing and running into the next section. “I can get cows anywhere using those two words,” he says.

As well as the cows, he has bought 68 chickens, which will follow the herd around, scooping up insects and worms. He is starting vegetable boxes in June, and the first beef will be ready in 12 months. In year three he wants to start a “calf-at-foot” microdairy, where calves stay with their mothers until they naturally wean themselves at about nine months old.

Many of the initiatives on the Knepp regenerative farm come from the rewilding project, bringing a wilder aesthetic to the farmland. Carrington has been fencing off hedgerows so they start billowing out, providing more habitat for scrubland species generally tidied out of conventional farms. Like rivers, hedgerows are wildlife highways, linking the regenerative farm to the rewilding project. Dead wood will be left to rot, and boggy, unproductive patches of ground will be encouraged rather than removed. These features will help to provide a network in the landscape for wildlife to move through and find food.

“If I was just trying to make money on this land, I wouldn’t do it that differently. The value in this land is not in food production. To me, this feels like the only way to farm on this land,” says Carrington.

This latest project aims to bring rewilding and regenerative farming together. It is about linking biodiversity hotspots such as Knepp to the wider countryside and creating corridors that wildlife can use to move through the landscape. It is another model of creating space for nature and farming in an increasingly contested area. 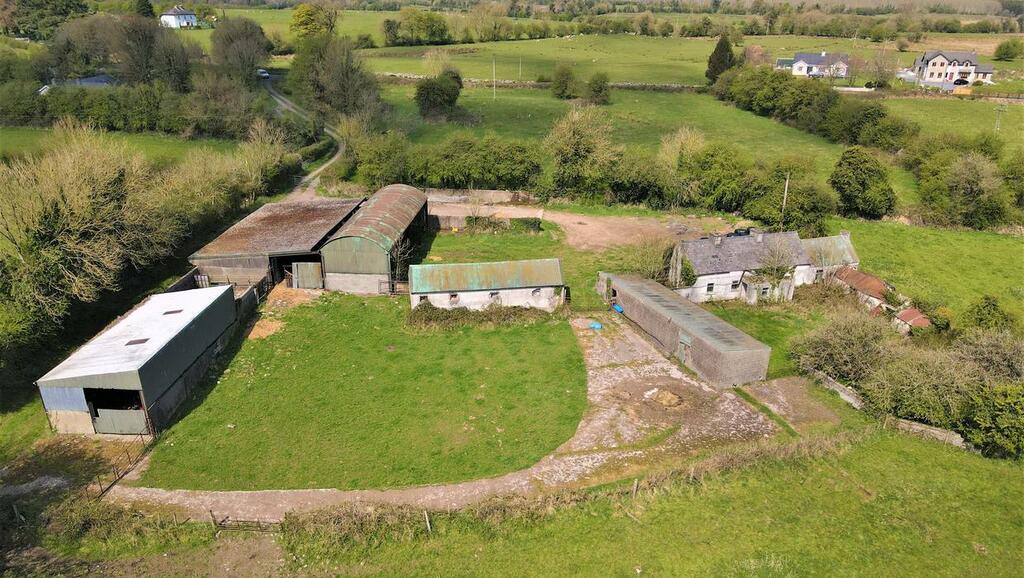 58.5ac non-residential holding in Westmeath, with 25ac of forestry, guided at €600,000
In view of the top prices being paid for Leinster land of late, a range of properties across the province…

Irish Independent
One subscription that gives you access to news from hundreds of sites
Robin Talbot: My problem with the Citizens’ Assembly on Biodiversity Loss

I have been listening with interest to what’s come out of the Citizens’ Assembly on Biodiversity Loss, and I feel…

Irish Independent
Rewilding, or just a greenwashed land grab? It all depends on who benefits

Such schemes should be celebrated only when local people and democratic institutions lead the way, says climate and culture writer…