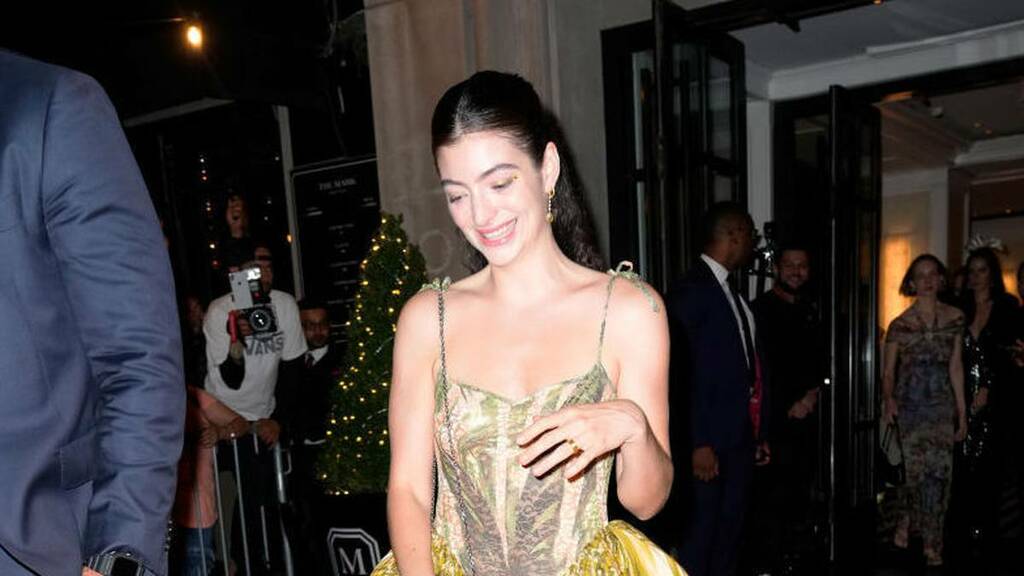 They dazzled us with their Met Gala looks - and Lorde and Taika Waititi's afterparty antics didn't disappoint either.

Lorde retired her stunning headpiece for the night, but her outfit still channelled the vibe of her new album Solar Power.

The Kiwi popstar shone in a leotard flanked by skirt pieces with a nature-inspired pattern. She made the admirably practical choice of wearing fluorescent sneakers over heels.

Her accessories included a US 1 cent coin purse and gold jewellery.

After recently releasing her third studio album, Solar Power, and gracing the cover of Vogue's October 2021 issue, it seems the singer is unstoppable.

They were spotted hanging out with actress Emily Blunt.

Ora revealed the couple also partied with "Princess Di", aka Kristen Stewart, who plays the late royal in the upcoming film Spencer.

She shared a fierce-looking picture of Waititi and Stewart hanging out together on Instagram.

It wasn't just at the main event that the celebrities wowed with their looks - many opted for gorgeous looks for the afterparties too.

Billie Eilish wowed with her ode to Marilyn Monroe, and her next outfit of the night was also stunning.

She wore a black lace dress.

Kendall Jenner channelled Aubrey Hepburn for her after partygown, which was designed by Givenchy.

About the Met Gala

The gala is chaired by none other than Vogue editor Anna Wintour, who hand-selects the guests each year.

This year's Met Gala theme of "In America: A lexicon of fashion" is a two-part exhibition to be presented over the course of 2021 and 2022 in two areas of the Metropolitan Museum of Art.

Part one, "In America: A Lexicon of Fashion", will open in the Anna Wintour Costume Centre on September 18, and will remain on display when "In America: An Anthology of Fashion," opens on May 5 next year, in the period rooms of the American Wing.

Andrew Bolton, the Wendy Yu curator in charge of the Costume Institute told Vogue he settled on the theme for two reasons: "The main one was the fact that the American fashion community has been supporting us for 75 years, really since the beginning of the Costume Institute, so I wanted to acknowledge its support, and also to celebrate and reflect upon American fashion".

Catch up on all the Met Gala looks and goss in the links below: