When the 49ers took quarterback Trey Lance in the NFL draft last year, the decision could have led to an awkward situation between he and veteran quarterback Jimmy Garoppolo. However, Garoppolo’s preparation to the season never wavered.

While appearing on The Pat McAfee Show, tight end George Kittle explained why he was impressed with the way Garoppolo approached the season.

“What he did was he was professional every single day, he didn’t complain one time,” Kittle said. “He showed up, he worked, he started, he got us to an NFC Championship game and helped Trey along the way.”

Lance only started one game in 2020 at North Dakota State, which meant he entered the draft as much of an unknown as any of the quarterback prospects. Therefore, San Francisco chose to sit him for his rookie season.

Kittle believes Lance being able to see how Garoppolo prepared as the starting quarterback was beneficial.

“I think he’s consistently gotten better but you can see, Jimmy G is a professional through and through,” Kittle said. “Jimmy G takes notes every single meeting, he asks questions every meeting. … Once Trey saw that he was like ‘Oh, I need to do all of that and more.’”

However, Kittle believes Lance needs to play in order to take the next step. The tight end acknowledged it isn’t his responsibility to decide who starts, but if it is Lance, he believes he can handle it.

“I thought Trey took a bunch of steps forward,” Kittle said. “For Trey to become a really good quarterback in the NFL, he needs reps, and so once this kid gets a lot of reps just watch out because some of the things I've seen him do in practice kind of mind boggle me.” 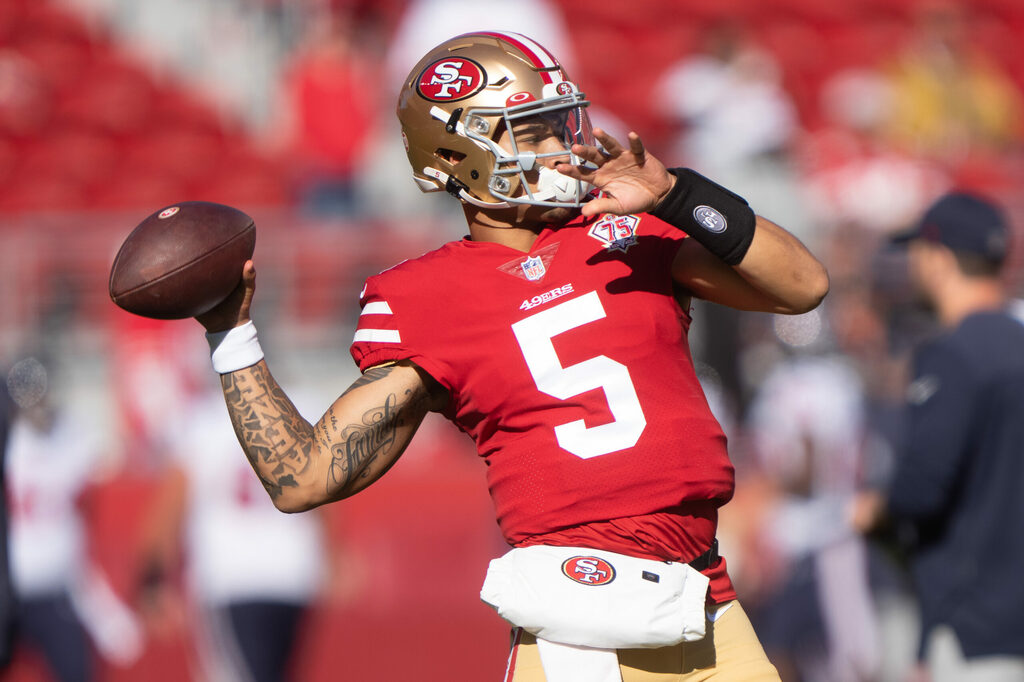 USA Today Sports Media Group
One subscription that gives you access to news from hundreds of sites
Jags QB C.J. Beathard set to join George Kittle and several others at TEU in June

C.J. Beathard will be joining his former Iowa and San Francisco 49ers teammate, George Kittle, for this year's Tight End…

Albert Breer had a couple interesting notes about the #49ers offseason QB saga.