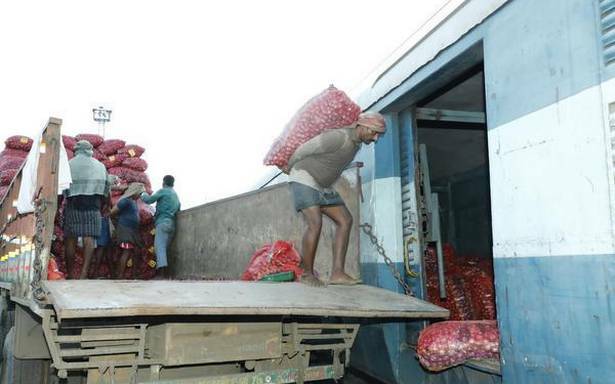 South Central Railway (SCR) operated a ‘Kisan Rail’ from suburban railway station Moula Ali to New Jalpaiguri of West Bengal loaded with 15 parcel vans consisting of 361 tonnes of onions on Monday. In another first, cotton bales were also transported from Raichur in Karnataka to Bangaon station, also in West Bengal in 21 wagons covering the long lead distance of 1871 km.

To encourage customers who cannot load the a full train load composition of 40 wagons, they are being permitted to load in mini-rakes consisting of 20 wagons or more duly extending the benefit of train load rates. General Manager Gajanan Mallya complimented the staff of both Secunderabad and Guntakal divisions for getting new stream of traffic for the Railways, a press release said.