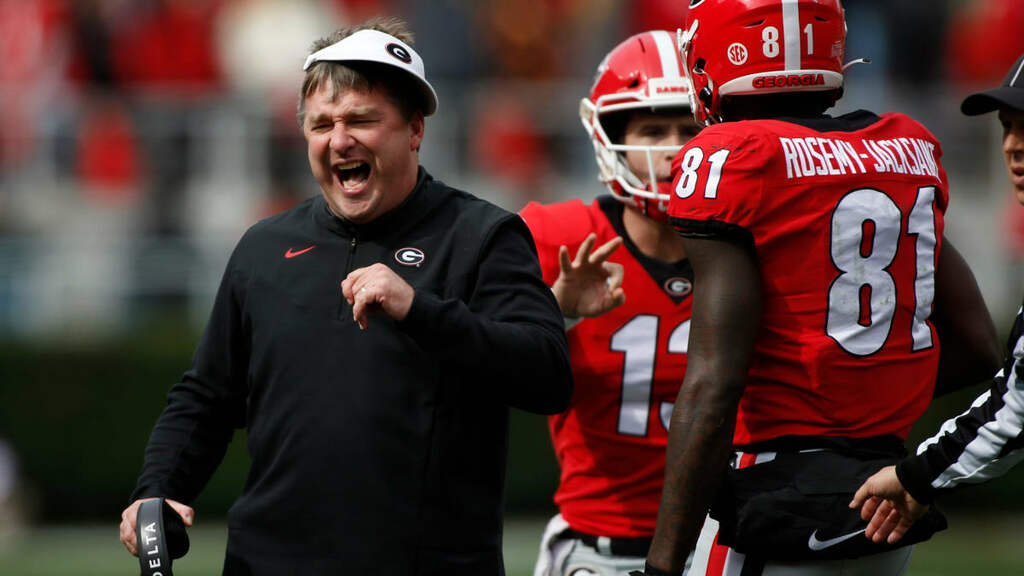 Due to his success as a defensive coordinator for Alabama, Kirby Smart was one of the most popular names on the coaching market in 2015. Before he eventually signed a contract with Georgia, he had discussions with another SEC program.

According to Smart's wife, Mary Beth Smart, he was really close to taking the South Carolina job. Of course, that was before Georgia came in with an offer he couldn't refuse.

"We were really close to taking [the] South Carolina [offer] at the time,” Mary Beth Smart said during an appearance on 960 The Ref. “The AD [Ray Tanner] and one of the athletic administration guys were in the kitchen meeting with us that morning Coach [Mark] Richt was fired. It was leading down that road. The way the timing fell for him was really special."

That would've been a great hire for South Carolina, which was searching for a long-term replacement for Steve Spurrier, who resigned during the 2015 season.

South Carolina ultimately hired Will Muschamp as its new football coach at the end of the '15 season. That pairing didn't work out, as Muschamp was fired during the 2020 season. He finished his tenure at South Carolina with a 28–30 record.

Georgia, meanwhile, has been a in the national title conversation nearly every year under Smart's leadership, with an SEC title and appearance in the national championship game in 2017. He has a 62–14 record with the Bulldogs.

For more news on the Georgia Bulldogs, head over to Dawgs Daily.