Kindhearted teenager donates all her birthday money to her school 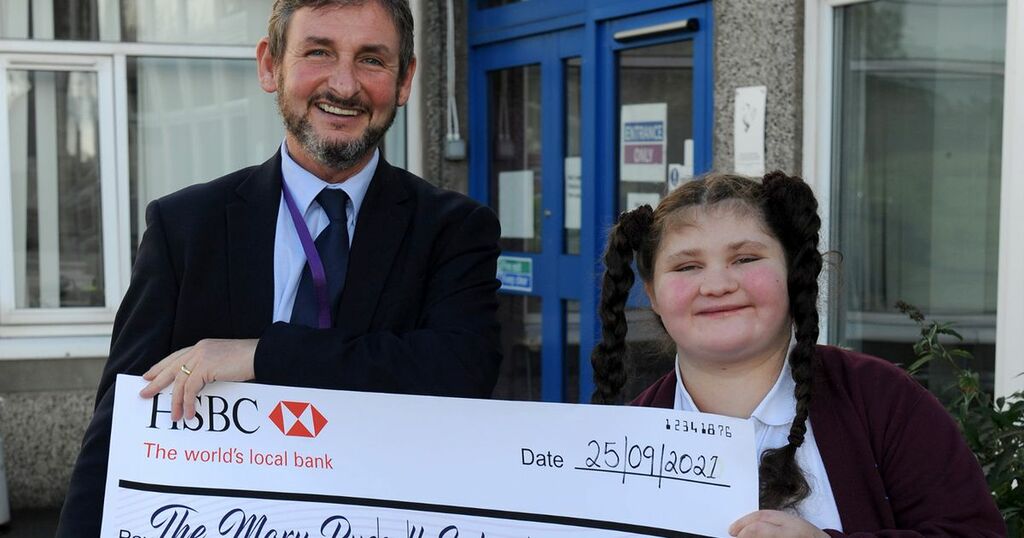 A kindhearted Paisley teenager donated all her birthday money to her school.

Vegas MacBeth held a joint birthday bash with her mum Karin when she turned 16.

And instead of designer clothes, make up or the latest iPhone, Vegas asked everyone to make a donation.

She collected a fantastic £1,500 which she handed over to Mary Russell School in Paisley, which looks after pupils with additional needs.

Her proud mum Karin MacBeth said: “Vegas is such a kind-hearted wee thing.

“For years I fundraised for Ronald McDonald House. Vegas spent a lot of time in hospital, she doesn’t keep well and is always in and out.

“She saw what I did and said she wanted to do the same.

“Everyone always asks us what she wants for Christmas and her birthday and she doesn’t want anything. She doesn’t wear make up, she’s not fussed about her hair or designer clothes.

“Because she was turning 16 this year more people were asking. She said if people put a few pounds in my birthday card then I’ll give it all to my school because they haven’t been able to fundraise for the last year.”

Karin had planned a big birthday garden party for her 50th last year but it had to be cancelled because of covid. So she decided to have a joint party with Vegas this year which had an 80s theme.

Everyone dressed up and there was a special box for people to post their donations into, made by Vegas’s big sister Ashley. Her dad Alex and niece and nephew Payton and Jackson also enjoyed the party.

Karin said: “Vegas had an absolute ball, she was singing away. Folk were so generous and it was a great night.”

Once they counted up the total, Karin said they were stunned to have raised £1,500. She ordered a big cheque and Vegas took it into school to surprise her headteacher, Liam Coyle and the rest of the delighted staff.

Karin said: “We thought we might have raised about £500. Vegas doesn’t understand money but she was so happy to hand it all over.

“She got more of a thrill out of doing that than if she’d been given the latest iPad or a new computer. That night meant more to her.”

Vegas’s delighted headteacher Liam Coyle said everyone was thrilled by what she’d done.

“Before the weekend, Vegas kept saying she had a big surprise for us,” he said. “I knew it was her birthday and she was having a party but didn’t know anything more than that.

“Then the morning after the weekend she came in with her parents and the big cheque and she said this was the surprise.

“We were bowled over.

“Vegas is a complete example of the way we want our young people to progress and develop. We want them to be caring and kind to other people and she absolutely embodies that.

“We are really proud of her.”

Mr Coyle said the money would be spent for the benefit of all pupils.

Download the FREE Renfrewshire Live app now for all the latest news, features and sport in your area.

Available on both Android and Apple. Download here: smarturl.it/RenfrewLiveSocial