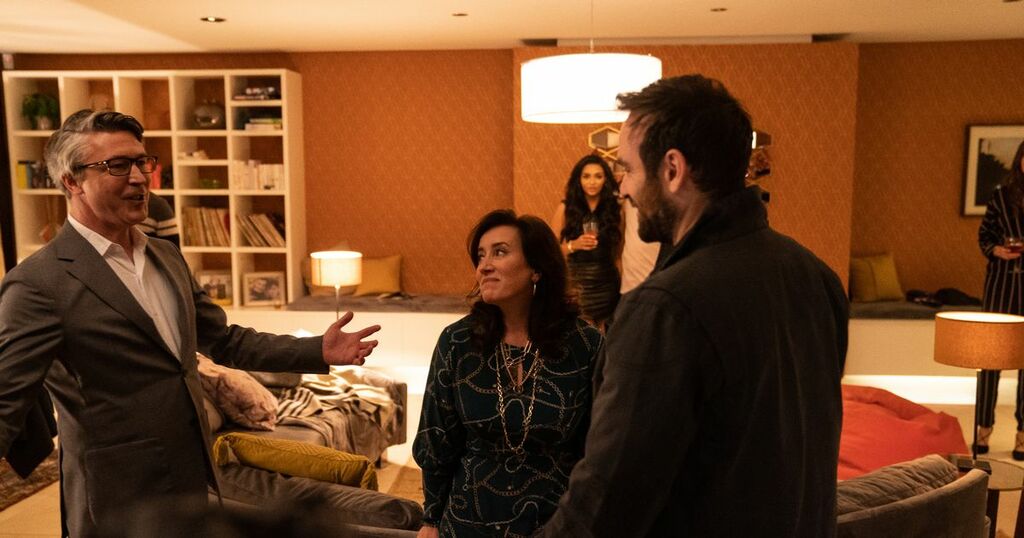 Kin creator Peter McKenna said the new RTE crime drama feels like an ‘absolute gift’ as over half a million viewers tuned in to watch the explosive opening night.

The highly anticipated debut night of the drama series got off to a strong start on Sunday, with an average audience of 500,600.

In figures released by RTE, the show proved to be a particular hit with younger audiences, attracting a 50 percent share of Adults 25-44.

Having been compared to RTE hit Love/Hate in the run up to the debut this week, the new series had a lot to live up to for eager fans.

But it seems the intrigue and anticipation proved a success as the first episode of Kin pulled in over 60,000 more viewers than Love Hate's opener in 2010 - which averaged at 439,300 viewers.

"I was given an absolute gift - the opportunity to create and show run a TV show set in Dublin that would be viewed globally.

“That was the ambition from the very beginning - to tell a recognisably Irish story that would have an international appeal.

“I'd be lying if I said it was always plain sailing, we filmed right through the worst of the Covid pandemic under an incredibly strict regime, aware that a single positive test had the potential to close us down.

“But as is often the case, adversity worked in our favour.”

Crediting the star-studded cast and crew that included Aiden Gillen, Emmett J Scanlan and Clare Dunne among many others, he went on: “At the height of the lockdown these were the people you were spending all your time with.

“As a writer, you always imagine a dream cast. The people you'd love to bring your characters to life.

“I can honestly say the cast we secured eclipsed anything I could have hoped for.

“I love that it's a mix of very established, experienced actors and exciting new faces.

“I think everyone is going to be blown away by the performances.”

Whilst many were quick to praise the new crime show, others - such as Liveline host Joe Duffy aired their grievances over the violence and real life hardships being portrayed in the gritty new drama.

Defending the series, the showrunner, also known for his work on Red Rock and The Clinic said he was conscious not to glamourise or gloss over the gangland activity within the story.

He said: “The one thing I was really conscious of when writing a gangland show was to make sure that we addressed the consequences of violence.

“Often, in this genre, characters are killed, disappear and are never mentioned again.

“I didn't want that to be the case. We see the fall out of violence.

“The grief, the suffering, the pain. And the endless cycle of retribution. At times our characters' lives seem like hell."

Kin airs on RTÉ One, Sunday nights at 9.30pm with catch-up on RTÉ Player.