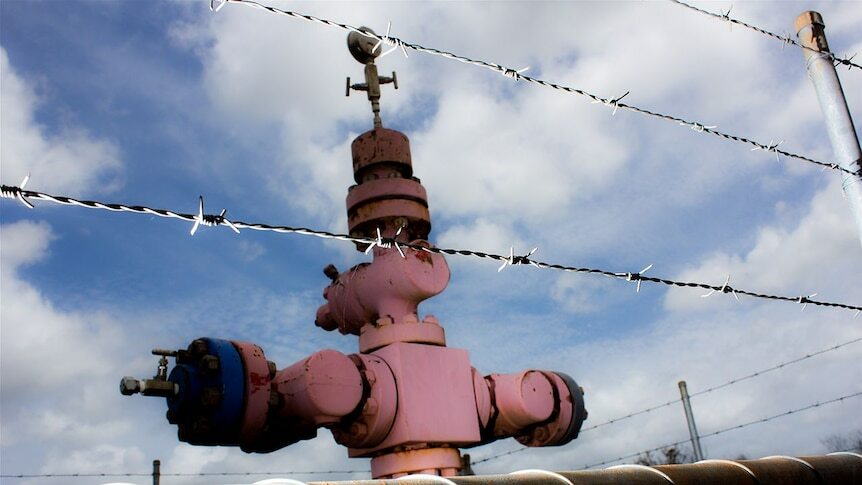 A fracking project in WA's Kimberley has been given only the second exemption to the state's gas export ban.

Introduced last year, the change to WA's domestic gas policy prevents gas extracted onshore from being sent to the eastern states or overseas.

The only other exemption to the policy was given to the Kerry Stokes-backed Waitsia project, with Premier Mark McGowan defending the move on the grounds Waitsia was a "shovel ready" development that would deliver hundreds of jobs.

At the time the policy was changed, the Valhalla project being developed by Bennett Resources had been submitted to WA's Environmental Protection Authority (EPA), with plans for six wells on Noonkanbah Station, near Fitzroy Crossing.

But a recent announcement by Texas-based Black Mountain, which owns Bennett Resources, revealed it had now been granted an exemption from the export restrictions.

It was the first application for a fracking project since the state government lifted a ban on the practice in 2018.

The latest EPA document, released on August 4, reveals Bennett Resources now plans to build up to 20 "exploration and appraisal wells" at 10 sites.

The exemption has upset the WA Conservation Council, with the group saying it went against what was promised when the moratorium on fracking ended.

"It was lifted after an inquiry found that any gas fracking would likely be only small scale and only for the domestic market, and therefore have very limited environmental impact because the size of those developments would be very small," Council director Piers Verstegen said.

"We raised concerns about that at the time and said that we didn't think that was accurate and that those fracking companies would be trying to build very large fracking projects to access the export market.

"That appears to be exactly what's happening now."

Minister for State Development, Jobs and Trade, Roger Cook, said the exemption was granted because the project would help build gas pipelines to connect the area to the broader WA network.

"We've said to [Black Mountain] … if they need to export a portion of their initial off-take in relation to this in order to make the project successful, then we would be prepared to consider that," he told ABC Goldfields.

"But we've also said that that would be on the basis that they commit in the long-term to domestic gas agreements, but also that they build pipeline infrastructure to make sure that the rest of the Kimberley benefits from this particular development."

The government said the project would still need to obtain all relevant approvals, including environmental, before going ahead.

Black Mountain president Ashley Zumwalt-Forbes said the company had been negotiating with the WA government since the export ban was put in place last year.

"All parties came to the conclusion that to get this project up and running, we'd need access to a pipeline and would inevitably need to export at least a portion of the gas, " she told ABC Kimberley.

She said the company was still in negotiations over just how much of the gas extracted from the project would be reserved for the WA market.

With local and statewide environmental groups already gearing up to campaign against the project, Ms Zumwalt-Forbes said the company would be fully compliant with all state environmental requirements.

"We plan on doing right by the community, and certainly following and exceeding all requirements.

"I think we're going very well for the people who actually live in the community and are stakeholders to the project."

When the project was submitted to the EPA last year, Black Mountain CEO Ashely Zumwalt-Forbes said the proposal had the backing of local traditional owners.

"Thomas Skinner, a member of the Yungngora traditional owner group, was quite influential in getting the initial moratorium raised and the folks who actually live … where we intend to operate have been nothing but incredibly supportive of the project," she told ABC's Country Hour.

'The last thing we need for the climate'

The Conservation Council maintains there are concerns over the potential environmental impact of the project.

"It's in the Kimberley, which is an area of incredible biodiversity and cultural values and landscape values," Mr Verstegen said.

"It's national heritage listed, and just shouldn't be sacrificed to an industrial fracking zone for the sake of a gas export industry that doesn't actually benefit Western Australia very much.

Mr Verstegen said it was the wrong decision on all fronts and environment groups would be fighting projects like this every step of the way.

"It's almost unbelievable to think that at a time when the world is shifting towards renewable energy, and a time when we're talking about new and stronger commitments that need to be made on climate change, that the state government would even contemplate a giant new gas basin in the Canning Basin," he said.

"This is the last thing we need for the climate."

No code of practice for WA fracking

The EPA's approval process is not expected to be completed until early 2023.

Complicating matters is that the WA government is yet to establish a code of practice for fracking projects in WA, nearly three years after it was first promised.

Black Mountain and other proponents have been instructed to use the Northern Territory's code of conduct as a basis for their applications, with no equivalent requirements in WA available.

"We're absolutely following the letter of the law, and there are still many approvals still to come," Ms Zumwalt-Forbes said.

She declined to comment on whether the government's rationale for the export exemption could encourage further exploration or development of other gas projects in the Kimberley.

Energy economist Roberto Aguilera said while granting the exemption made sense in this situation, it could cause problems for the government moving forward.

"The issue is that if an exemption is given to one company, then it's natural that other companies will be requesting the same treatment, so it could put the government in a tricky position where they appear to be then discriminating among companies," he said.

"I would imagine that other companies will be trying as well to get the exemption, because even if they find that their new proposals are profitable by supplying gas to the domestic market, it will be hard for them to pass up the possibility of receiving higher prices abroad."

Mr Aguilera said exemptions were likely to be granted as long as there was some upside for the government.

"They must view that project as a potential source of supply for the market, and also as a source of GDP growth for the region … and importantly they'll see it as fiscal revenue for the government," he said.