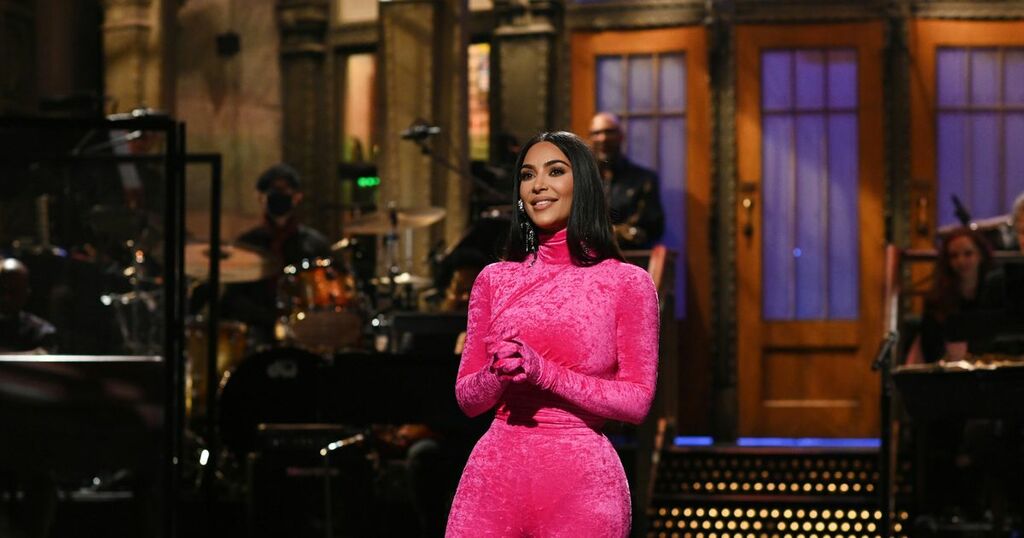 Kim Kardashian has revealed her comedic side in a Saturday Night Live sketch mocking her own brand.

She poked fun at the SKIMS shapewear brand during the skit, in which she introduced a version for fat-bottomed dogs.

The reality star launched the brand in September 2019 and sold three million units in 12 months - but would canine shapewear take off in the same way?

“SKIMS has given comfort and support to millions of women of all shapes and sizes but we’re just getting started.

“Introducing the new SKINS shapewear for thick dogs. The only product on the market that will comfortably accentuate your dogs curves no matter how thick that butt.”

Burly British bulldog, named Delicious, was described as a pup that ‘ain’t no toothpick’ as they tried the nude undergarments on the dog.

But Kim didn’t want viewers to just take her word for it, and included comedic testimonials from the owners of ‘thick’ dogs.

One said: “As a dog owner I was amazed at the wide selection of fashionable looks for tiny, skinny dogs. But full figured dogs need a way to show what they’re working with too.”

Another added: “All the other dogs used to pay no attention to my thick dog. Now with SKIMS we can’t walk down the street without rockets popping out.”

“My dog used to be ashamed of how she looked but SKIMS gave her confidence, and now, she’s dating Scott Disick,” a third reviewed.

The SKIMS for dogs come in two shades of nude, and take ‘90 minutes to put on’ - but the Kardashian sister says it’s better than your dog getting surgery, closing the skit saying: “Now every dog can be a designer dog with SKIMS for thick dogs. So stop wasting all your money getting cosmetic surgery on your dog and just get SKIMS.”

And whilet SKIMS for thick dogs was all in the name of a bit of light-hearted fun, fans are now calling for Kim K to actually market the product.

One tweeted: “If @KimKardashian actually made @skims for dogs I would 100% buy them.”

“Yesterday, my neighbour called Disco (my dog) ‘fat’ and now Kim Kardashian is part of an SNL skit promoting ‘SKIMS for Thick Dogs’.” added another.

One viewer even wanted the product for her pug, writing: “ @KimKardashian killed her SNL performances. I need a Skims for thick dogs for my pug please.”

During the show, Kim also made jokes about her family and her relationship with Kanye West, as well as appearing in a spoof of Aladdin.

Saturday Night Live airs in the US every Saturday at 11.30pm on NBC.