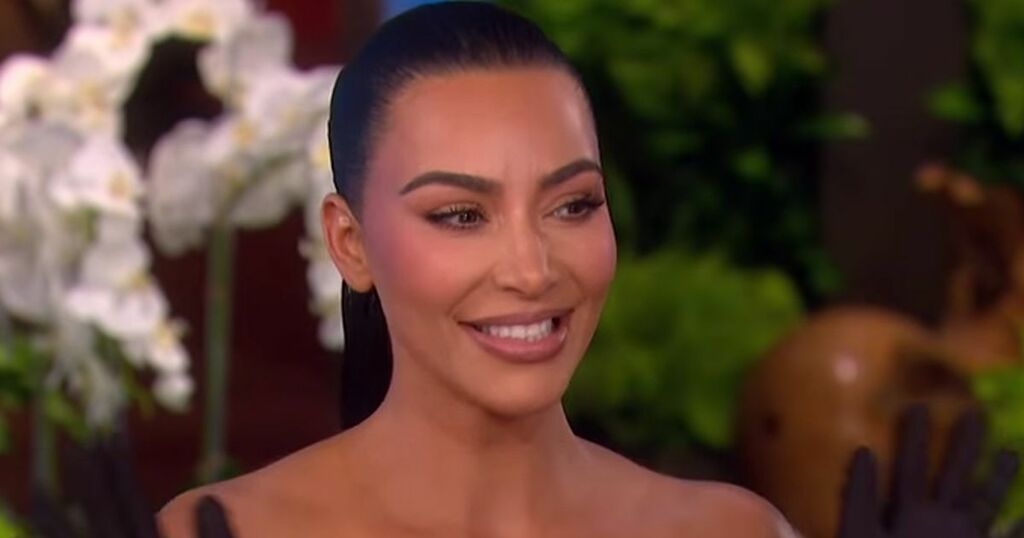 Kim Kardashian was presented as a 'gift' to talk show host Ellen DeGeneres on Monday.

While a 40-year-old reality TV star isn't exactly a common present when it comes to gift giving, Jimmy Kimmel argued that Kim was a 'traditional gift' as he presented her to Ellen during his appearance on the 63-year-old's chat show.

The American TV presenter surprised the veteran host with the Keeping Up with the Kardashians star, as he joined her for the first episode of the final season of her long-running talk show.

The Ellen DeGeneres Show has been a daytime mainstay on American TV since 2003, but will come to an end after this season completes its run - following allegations of a toxic workplace from the cast and crew.

After Ellen gifted Jimmy a plastic donkey that could eject cigarettes from its bum, the 53-year-old revealed that he had also come bearing gifts.

"I have something for you," Jimmy confessed to the daytime TV star.

"It's a traditional gift."

He continued: "You know, the traditional gift for 19 years. You know what it is? It is a Kardashian!"

Right on cue, Kim then appeared on stage and embraced a surprised Ellen.

The mum-of-four looked stunning in skin-tight black leggings and a matching off-the-shoulder top - complete with black built in gloves.

"I'm excited to be here," she told an ecstatic Ellen.

The talk show host was clearly delighted with her gift from Jimmy, gushing: "I have my very own Kardashian! I want to collect them all!"

Earlier in the episode, Ellen expressed her joy at being reunited with a live studio audience once again.

Speaking to a full crowd, all wearing protective face masks, the star thanked her audience for joining her for the first episode of her final season on air.

"You have no idea how much I've missed you," Ellen confessed on-set.

"I am so happy to have an audience here. This is so exciting for me. Thank you, thank you so much for being here."

Earlier this year, Ellen announced that this current season of her award-winning talk show would be the final one.

Following numerous allegations of a toxic workplace culture , the star made the announcement during an episode of The Ellen DeGeneres Show in May.

"My instinct told me it's time," the Finding Dory voiceover admitted.

She also went on to claim that her decision about calling time on her hosting career was made prior to her bullying scandal, saying she chose the end date two years earlier when she signed her final contract.

The Ellen DeGeneres Show first premiered in 2003 and since its launch, has won 61 Daytime Emmy Awards - surpassing the record held by The Oprah Winfrey Show, which won nine.

Following its upcoming departure from air in 2022, American Idol winner Kelly Clarkson will take over the reigns.

The singer will host a new show in the place of Ellen's series' former slot with the similarly titled, The Kelly Clarkson Show.