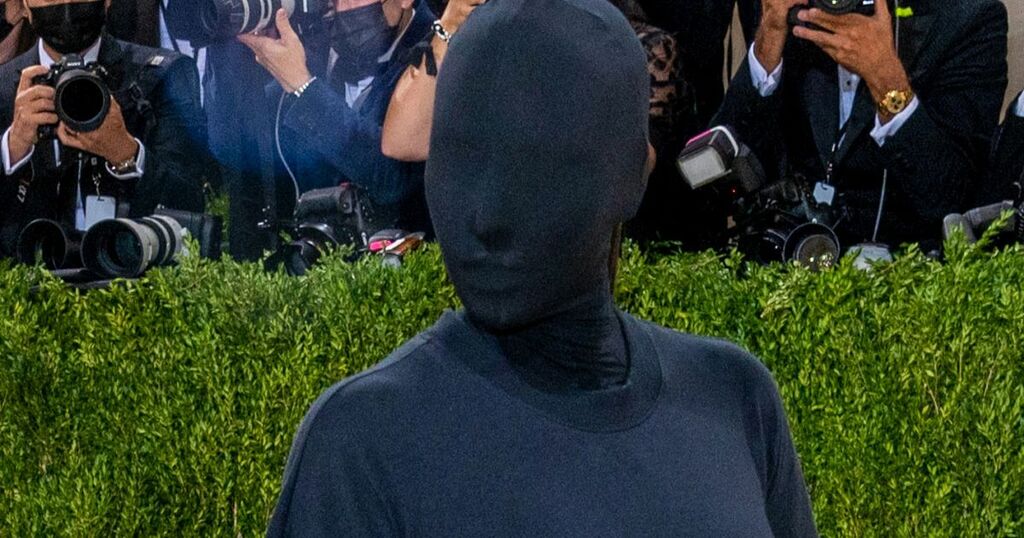 Kim Kardashian inexplicably spent hours having her make up expertly applied before covering her face for the Met Gala.

The Keeping Up With The Kardashians star left fans completely baffled when she turned up to the famous event in an all-black outfit that covered her entire body, including her face.

But what's even more confusing is that she spent hours in the make up chair before heading to the bash at the Metropolitan Museum of Art in New York.

The 40-year-old's go-to make up artist Mario Dedivanovic showed off his work on Instagram, sharing snaps of himself painting Kim's face.

One snap showed Kim sitting still while Mario worked his magic, prepping her skin for her make up.

"Behind the mask," he captioned a second picture that showed Kim posing up in the chair.

Her face was perfectly painted to highlight her sculpted cheekbones and give her a dramatic smoky eye.

She also wore dramatically long hair extensions that fell all the way down to the floor as she sat with her feet up on the chair.

Kim showed up at the Met Gala last night with her make up completely hidden behind a black mask.

She posed up alongside a man in a matching outfit, who fans originally thought was her estranged husband Kanye West.

It was actually Balenciaga creative director Demna Gvasalia, who designed the outfits.

And although Kanye skipped the famous red carpet, it's said that the wild look was all his idea.

TMZ reports that the rapper was the driving force behind the look and that it's he who "gave Kim the courage to push the envelope with creativity and people's imagination through art."

Kim did later ditch her mask, but still hid her eyes beneath a pair of large sunglasses, again rendering her smoky eyes pretty pointless.

Do you love showbiz news? Sign up to our newsletters to get the latest headlines sent straight to your inbox.

Her Met Gala look was very different to ones she's worn in the past, usually opting for more revealing looks.

At the last event, in 2019, Kim's sexy outfit sparked a clash between her and Kanye, who said her revealing looks "affected" his soul.

Kim revealed that she'd been left riddled with "anxiety" after arguing with Kanye over her look.