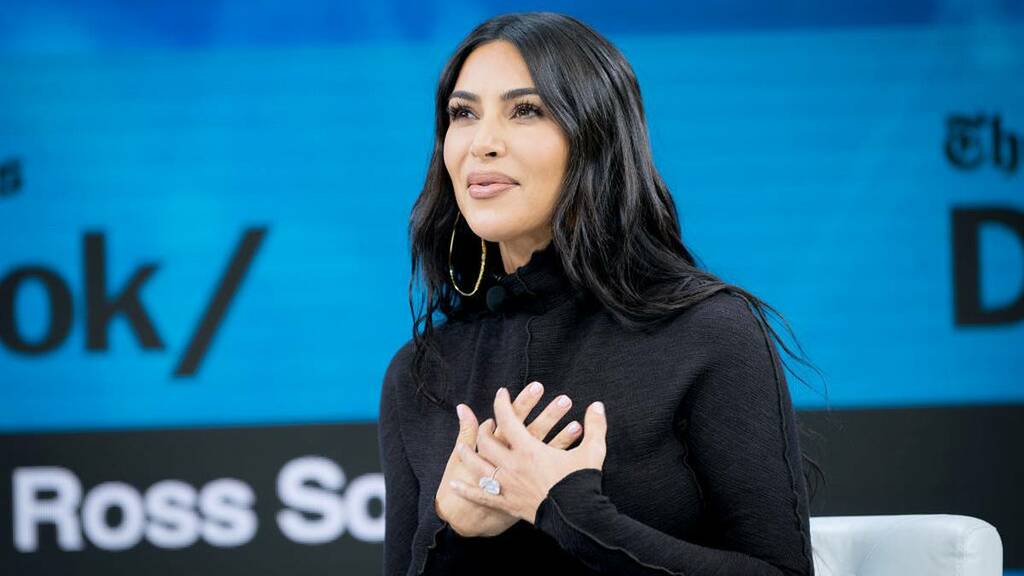 "Are you guys into crypto????" Kim Kardashian asked her 250m followers in June. It was a little different from the red carpet poses, fragrance promotions and assorted members of the Kardashian clan that typically feature on the reality TV star's Instagram account.

The ubiquitous social media disclaimer of #ad dispensed with any notions that Kardashian had personally jumped into the complex world of distributed ledgers, decentralised finance and obscure cryptocurrencies.

But the social media post, an advertisement for a relatively minor cryptocurrency called "Ethereum Max", still qualified as potentially the biggest financial promotion in history.

The same day that Kardashian invited her followers to "join the Ethereum Max community", its value rose by up to 44 per cent. Taking her advice, however, would not have proven wise. The cryptocurrency has declined by around 90 per cent in the less than three months since. The main beneficiary is likely to have been Kardashian herself, who reportedly makes up to $500,000 per Instagram advert.

The 40-year-old is far from the only celebrity to use their influence to promote cryptocurrencies. A timely post from a social media icon is a well-trodden route to standing out among the thousands of cryptocurrencies, often thinly traded and volatile in price.

In 2017, football manager Harry Redknapp tweeted in support of Electroneum, which billed itself as the "first British cryptocurrency". The message was later deleted, with Redknapp claiming someone had tweeted on his behalf. At the other end of the celebrity spectrum, 17-year-old TikTok star Charli D'Amelio endorsed the Gemini cryptocurrency exchange earlier this year after a gift of Bitcoin.

And, while nobody can claim to have put him up to it, Tesla boss Elon Musk's tweets about Dogecoin, a cryptocurrency created as a joke, have helped boost its price by 6,500 per cent this year alone.

Of an estimated 2.3m cryptocurrency investors in the UK, 47 per cent say they have seen an advert mentioning the industry, compared to 29 per cent of people who do not own any tokens, according to figures from the Financial Conduct Authority (FCA).

Most claim the promotions do not change their attitude, but almost a third said it led or encouraged them to invest.

The regulator said those who had been encouraged by advertising were also far more likely to make poor decisions. It found that six in 10 regretted buying cryptocurrency after seeing an advert, and 71 per cent falsely believed they had investor protection.

On Monday, FCA chairman Charles Randell said uninhibited advertising was one of the main problems facing regulators concerned about cryptocurrencies.

"Social media influencers are routinely paid by scammers to help them pump and dump new tokens on the back of pure speculation. Some influencers promote coins that turn out simply not to exist at all," Randell said.

He demanded that online advertising giants such as Facebook and Twitter do more, that they should follow Google in only allowing promotions from firms approved by the regulator. A Facebook spokesperson said it had invested heavily in tackling financial scams and introduced strict controls around cryptocurrency adverts.

But Randell also challenged the Government to give the watchdog more powers. "We don't currently have a general remit from Parliament to regulate the issue or promotion of speculative tokens. Should we?"

A relative lack of control over this advertising puts the UK behind countries such as the US, where watchdogs have routinely gone after celebrities for promoting tokens.

In 2018, the Securities and Exchange Commission (SEC) fined boxer Floyd Mayweather Jr and hip hop producer DJ Khaled for promoting investments in crypto start-ups without disclosing they had been paid.

The two had used their widely-followed social media accounts to advertise the initial coin offering of Centra Tech, a company that ultimately raised more than $25m. Its founder this year pled guilty to fraud and was sentenced to eight years in prison.

Mayweather had been paid $100,000 for messages telling followers to "get yours before they sell out, I got mine…". Khaled, who was handed $50,000, had called the offering a "game changer". The SEC has also settled charges with actor Steven Seagal, who was paid a combined $1m for promoting crypto firm Bitcoiin2Gen, but also failed to disclose the payments.

Britain's Government is, however, doing more than policing undisclosed promotions. Last year the Treasury outlined proposals to bring crypto assets inside the financial promotion regime, which would make adverts subject to approval by "authorised persons" licensed by the FCA, and include disclaimers such as the fact that investors could lose all their money. Those who fail to do so could face criminal charges.

But despite a consultation on the matter closing last October, the Government is yet to legislate while the recent Online Harms Bill – forcing social media companies to more actively police the huge amounts of user-generated material on their sites – does not include provisions for online advertising. Critics, including Randell, claim this is a missed opportunity.

Mark Hipperson, the founder of Ziglu, a regulated UK firm for buying and selling cryptocurrencies, warns that over-policing of advertising will only encourage unsavoury firms to circumvent the rules. He says Facebook and Instagram have strict controls on cryptocurrency trading firms, but influencers such as Kardashian can post with few consequences. "This is the route that certain firms are going down because of the fact we've made it too difficult for legitimate firms to be able to say 'you can do it in a safe and secure way'."

The FCA may have few other options. It has recently admitted that much of the cryptocurrency world is outside of its jurisdiction, and that Bitcoin giant Binance was "not capable of being effectively supervised".

David Hamilton, a senior associate in financial regulation at law firm Pinsent Masons, says that cracking down on adverts might be one of the remaining levers the regulator has left to pull. "One of the clearer ways of getting to how these products are being sold is bringing those kinds of adverts within the regulatory perimeter."

Cryptocurrencies may remain a Wild West, but Britain's financial watchdog seems set on taming it.