Kim Kardashian has put on an eye-popping display in a skimpy SKIMS set after Kanye West declared her career "over" and compared her to Marge Simpson.

Donning a bright pink two piece set from her own brand of shape-wear, the stunning TV star showed off her incredible physique while snapping up a storm in the mirror – proving herself defiant.

Comprising of a Brazilian brief and a short-sleeved cropped top, the brunette beauty posed in her lavish bathroom for the mini selfie shoot promoting her own brand.

The sizzling display came after Kim's estranged ex Kanye West compared her to Marge Simpson and declared her career as "over".

Looking a far cry from Marge in her latest snaps, fans were gushing over the star in the comments section.

With flame emojis galore, others said: "Gorge," or "Absolutely beautiful."

This comes after the latest episode of The Kardashians aired, where Kim opened up about going to her first event without being styled by her then-hubby.

Kanye compared the dress she wore to an event to one worn by The Simpsons character Marge Simpson.

Speaking on The Kardashians, Kim could be heard saying: "I got to a point where I would just like ask him for advice for everything even down to what I wear?

"Kanye also 'styled me all for SNL, then at the Wall Street Journal Magazine, I won the Innovator Award for SKIMS.'

"I was like, how do I wear something that hasn't been pre-vetted first?" she told her sister Kourtney.

Kourtney then asked if it made her nervous thinking she wore a 'bad outfit,' and Kim replied: "So nervous."

Kim recalled how Kanye phoned her after the Wall Street Journal awards to mock her choice of dress.

She then added: "He told me my career is over and he showed me a picture of Marge Simpson wearing something similar."

As well as this, he also complained about Kim's Saturday Night Live appearance.

He claimed the show "made" her say she was divorcing Kanye despite him not seeing any divorce papers.

Speaking to Kourtney on the reality show, Kim said: "He did an interview last night, saying that SNL got me to say that I divorced him.

During her SNL monologue last year, she had told the audience: "When I divorced him, you have to know it came down to just one thing: his personality." 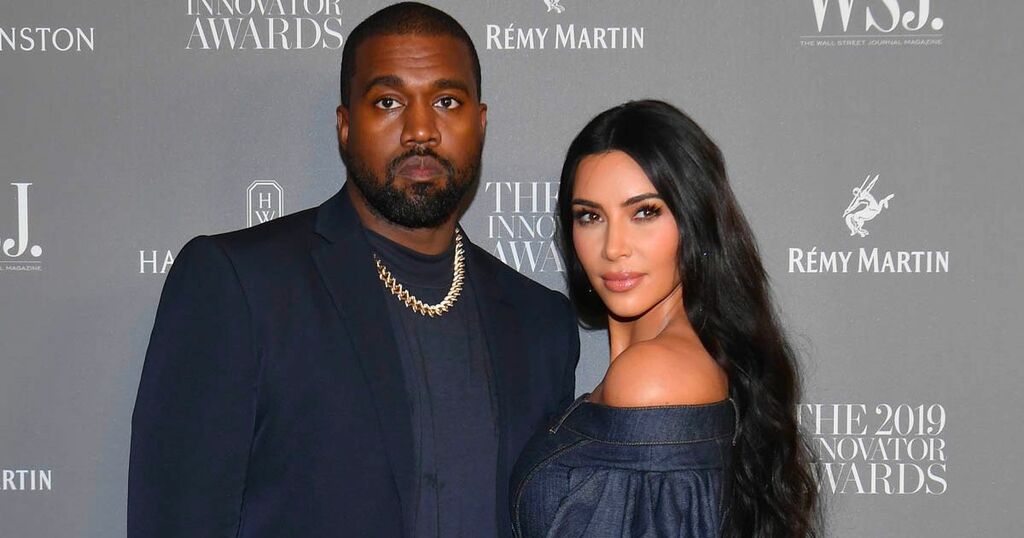 Kanye West's girlfriend Chaney Jones has appeared to commemorate their relationship with a new inking. This comes as things appear…