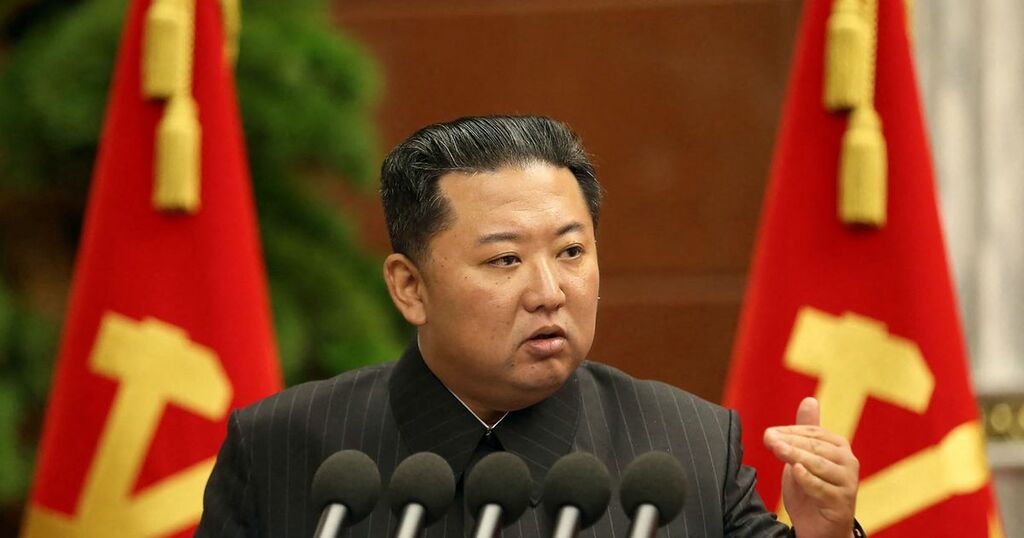 Kim Jong-un's North Korea has been labelled a "catastrophic threat" to global security - as fears grow over the regime's nuclear capabilities.

The tyrant is said to be carrying on with his quest for radioactive weapons, which are allegedly being funded through a mixture of crime and arms dealing.

It is thought that Jong-un has been developing a weapons programme amid a standoff over talks aimed at dismantling North Korea's nuclear and ballistic missiles in return for US sanctions relief.

President Joe Biden's administration had previously said it is open to diplomacy to achieve North Korea's denuclearisation, but has shown no willingness to ease sanctions.

Got a story? Email webnews@mirror.co.uk.

Scott Snyder, a senior fellow for Korea studies at the Council For Foreign Relations, said Jong-un's state is the most "potentially catastrophic security threat" in 2021.

The launch from the east coast followed an announcement from Pyongyang, which said it successfully tested a new long-range cruise missile last weekend.

Mr Snyder told The Sun Online that Jong-un has been "transparent" about his intentions to develop more weapons over the next five years.

He said: "What is harder to predict is how realistic these aspirations are, but the past record suggests the likelihood of ongoing progress toward these aims."

Experts have said they believe the leader is now financing his arms race by getting North Korea involved in lucrative crime, such as computer hacking.

Dr Ramon Pacheco-Pardo, from King's College London, said cyber crime is likely Pyongyang's "main source" of income at the moment due to the Covid border closures.

But arms deals with countries like Syria, Iran, Somalia and many more nations are also believed to be providing money for the secretive state.

Jong-un had been conspicuous by his absence during public events in North Korea earlier this week, before a new, slimline version of the dictator emerged in recent weeks.

He was then seen smiling and waving to the crowd at a bizarre military parade last week, which featured soldiers dressed in Covid hazmat suits.

Sign up for our daily briefing newsletter to keep up to date with all the essential information and changes at www.mirror.co.uk/email .

But it is feared that his nuclear aims and antics could disrupt stability in East Asia - with the missile tests in the last 24 hours adding fuel to the fire.

Japanese Prime Minister Yoshihide Suga called the ballistic launch "outrageous", and strongly condemned the action as a threat to peace and security of the region.

South Korea's Joint Chiefs of Staff (JCS) said in a statement that they and US intelligence authorities were analysing more details about the launches.

The statement read: "North Korea fired two unidentified ballistic missiles from its central inland region toward the east coast, and intelligence authorities of South Korea and the United States are conducting detailed analysis for further information."

The South Korean military has raised its level of surveillance, and is maintaining a 'full readiness posture' in close cooperation with the US, the JCS added.