The shooter who killed 14 children and a teacher in a massacre at an Elementary School in Texas has been named as a local teenager. In the United States, elementary schools usually educate pupils aged between 5 and 11 years old.

State governor Greg Abbott said that the shooter, 18-year-old Salvador Ramos, was now dead after “swift action” was taken by law enforcement at the scene. Officials in Texas say the killer shot his own grandmother before heading to the school, of which he was once himself a pupil.

“The shooter is no longer alive,” Mr Abbott said. “The shooter was Salvador Ramos, an 18-year-old male who resided in Uvalde.”

Mr Abbott said Ramos opened fire at Robb Elementary School in Uvalde, about 85 miles west of San Antonio. It was the deadliest school shooting in Texas history and occurred four years after a gunman fatally shot 10 people at Santa Fe High School in the Houston area.

“He shot and killed, horrifically, incomprehensibly, 14 students and killed a teacher,” said the governor, adding that two officers were shot and wounded but were expected to survive.

The gunman was a resident of the community and entered the school with a handgun, and possibly a rifle, and opened fire, Mr Abbott said. He said the gunman was likely to have been killed by responding officers but that the events were still being investigated.

Uvalde Consolidated Independent School District chief of police Pete Arredondo said at a news conference that the gunman acted alone. It was not immediately clear how many people, in addition to the dead, were hurt but Mr Arredondo said there were “several injuries”.

Earlier, Uvalde Memorial Hospital said 13 children were taken there, and another hospital reported a 66-year-old woman was in a critical condition. Robb Elementary School has an enrolment of just under 600 students and Mr Arredondo said it serves students in the second, third and fourth grade.

READ MORE: Woman's terrifying ordeal after being stalked by her own neighbour

He did not say which grades the children that were shot were in. A heavy police presence surrounded the school on Tuesday afternoon, with officers in heavy vests diverting traffic and FBI agents coming and going from the building.

White House press secretary Karine Jean-Pierre said President Joe Biden has been briefed on the school shooting on Air Force One as he returns from a five-day trip to Asia and would continue to receive updates. Ms Jean-Pierre said Mr Biden will deliver remarks on Tuesday evening at the White House.

The shooting in Texas came less than two weeks after a gunman opened fire at a supermarket in Buffalo, New York, killing 10 black shoppers and workers in what officials have described as a hate crime. Uvalde is home to about 16,000 people and is the seat of government for Uvalde County.

The town is about 75 miles from the border with Mexico. Robb Elementary is in a mostly residential neighbourhood of modest homes. 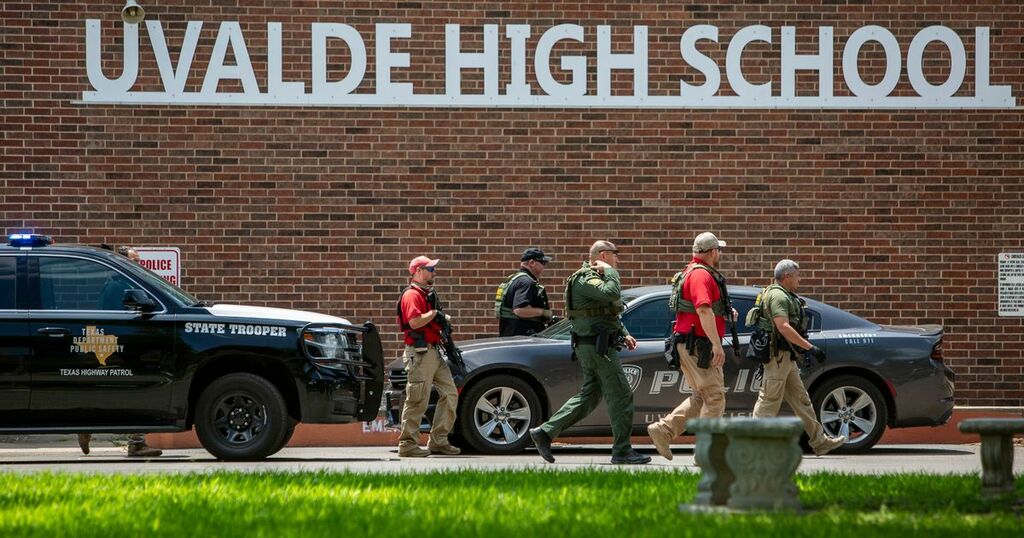 US school massacre: At least 19 children and two adults dead after shooting in Texas
President Joe Biden delivered an emotional call for new restrictions on firearms

Irish Mirror
One subscription that gives you access to news from hundreds of sites
Texas school shooting: 14 children, one teacher killed in elementary school as gunman (18) shot dead by police