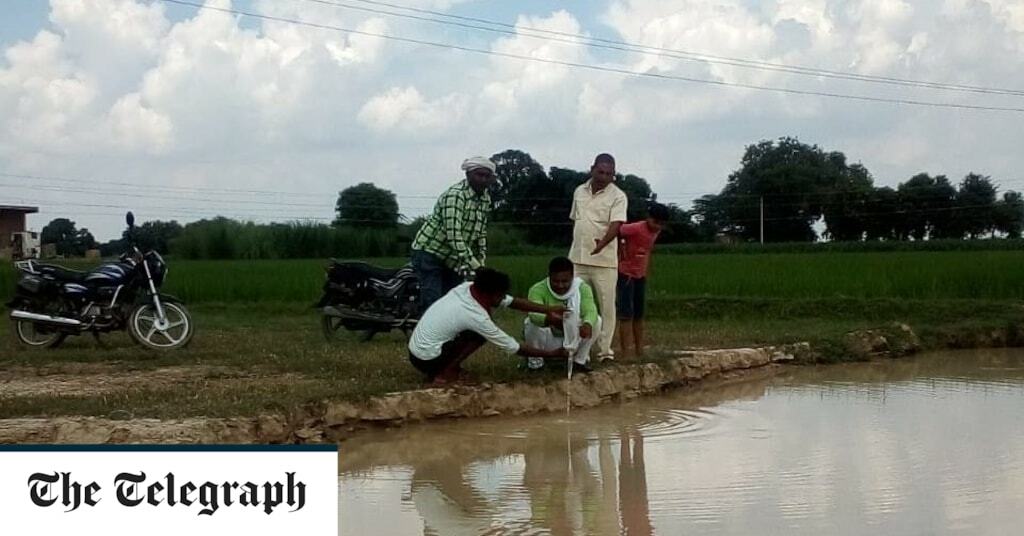 Over 25,000 fish have been released into ponds and lakes in the northern Indian state of Uttar Pradesh to stop a dengue fever outbreak that has killed more than 80 people.

The disease, known as “breakbone fever” as it causes severe joint pain and stiffness, is spread by mosquitoes, which breed by laying eggs in standing water. Each gambusia - or mosquitofish - can eat up to 150 mosquito larvae in just eight hours.

“The water bodies are very large and we can’t spray chemicals to kill the mosquitoes as it will devastate the biological life in ponds,” said Chandra Vijay, the district magistrate for Firozabad in Uttar Pradesh.

“Furthermore, a lot of these ponds are inside villages and other inhabited areas and the chemicals used might contaminate the groundwater and affect the health of residents,” he added.

The mosquito killing fish have successfully helped control the insects in India’s capital, Delhi, and in the western state of Punjab.

Approximately 10,000 people have been infected by dengue so far in Uttar Pradesh - India’s most populous state, home to over 200 million people - although the actual figure is believed to be much higher due to a failure of some hospitals to report cases.

Many patients are also thought to be battling the virus at home out of fear of contracting Covid-19 in the state’s hospitals. At least 84 people have died from the virus, including 54 children.

Dengue fever has four different serotypes or variants that can infect humans. Often, it only causes a mild flu-type illness but it can also cause more acute symptoms including major bleeding organ impairment and plasma leakage - usually, if a sufferer is infected for a second time by a different variant.

In the 1970s the flu-like virus was endemic in just nine countries. But now climate change, increasing urbanisation and international travel mean the disease has taken hold in more than 100 countries, with roughly half of the world’s population now at risk. It is estimated to affect around 100 million people every year.

The Covid-19 pandemic has halted mosquito eradication drives in many parts of India, allowing the insects to multiply rapidly.

India has one of the most underfunded public healthcare systems in the world and hospitals have been forced to divert their meagre resources from treating diseases like dengue fever to Covid-19.

Experts have warned that India will see increasing outbreaks of vector-borne diseases like dengue over the upcoming years.

“In the short term, my concern is vector borne diseases, where disruption to eradication measures means they are the ones most likely to roar back,” said Dr Prabhat Jha, Professor at the Center for Global Health at the University of Toronto.

Neighbouring Bangladesh and Sri Lanka has also witnessed a recent surge in cases.