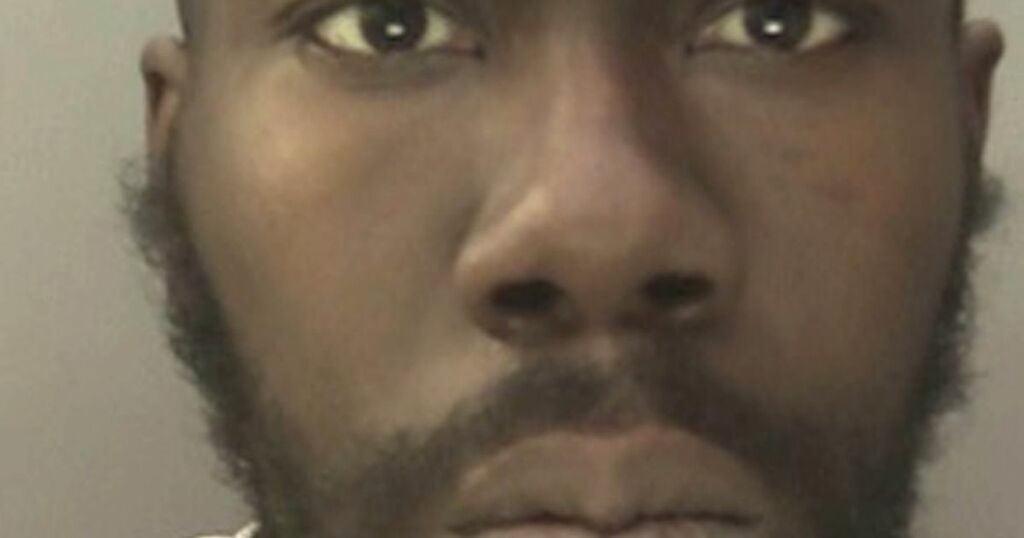 A killer launched a "sustained and ferocious" attack on his victim with three knives, a rolling pin and a dumbbell before attempting to dismember his body in the bath, a court has heard.

David Swaby was jailed for life with a minimum term of 21 years for murder at Birmingham Crown Court today.

The 34-year-old inflicted more than 50 sharp force injuries and 40 blunt force injuries on Hassan Ghafar during the early hours of February 7 this year, the court heard.

Mr Ghafar, 22, suffered significant knife wounds to the head and neck, and one of his arms was severed after he was attacked in a number of rooms at Swaby’s Handsworth home.

Swaby, who has previous convictions for possession of a knife and a robbery involving use of a machete, was convicted of murder by a jury last month.

Judge Paul Farrer QC said: “Other than your account of events, which has at least in part been rejected by the jury, there is no direct evidence as to what precipitated this offence.

“It is clear that you and Hassan Ghafar knew one another in the context of either buying or selling cannabis.”

He told Swaby, who made his victim "beg" before killing him: “You suffered no identifiable injuries whatsoever.

“The injuries sustained by Hassan Ghafar, together with the blood staining in the house, demonstrate that you launched a sustained and ferocious attack upon him."

The judge said the attack started in Swaby's bedroom and involved him striking his victim repeatedly with various weapons which were to hand.

They included a rolling pin, a dumbbell and a piece of plastic railing, the court heard.

The judge said his actions "demonstrate a clear intent to kill".

Swaby then went on to try and dismember his victim's body, but appeared to "give up", the court heard.

Explaining the events after the attack, the judge said: “Having killed Mr Ghafar you set about trying to cover your tracks. You dragged his body into the bathroom.

“Having done so, you used an implement or implements in an attempt to dismember the body, presumably with a view to disposing of it in due course.

“You successfully severed the left arm at the elbow and tried to cut through the left leg, but then appear to have given up the attempt, no doubt because of the difficulty involved.”

The court was told that when police arrived at about 9am the following day, Swaby fled out of a rear window and sought to escape down a nearby railway line.

Judge Farrer described Swaby as “a dangerous individual” prone to massive overreaction if confronted, telling him: “Your admission of making Mr Ghafar beg amounts to physical and mental suffering inflicted prior to death.

“Balancing the aggravating and mitigating features to which I have referred, the appropriate minimum term is one of 21 years.”

Following his conviction, Detective Inspector Ranj Sangha of West Midlands Police, who led the investigation, said: "This was a brutal and prolonged attack on Mr Ghafar who sustained blows across his body along with significant stab wounds.

"No-one should be put through such an ordeal and this has been a harrowing experience for Mr Ghafar's family, who have had to live through what happened to him during the trial.

"We may never truly know what led to the events in Holly Road. We recovered CCTV showing the pair arriving at the address in the early hours of the morning with no hint of anything being untowards between them.

"Tragically, nothing can ever be done to bring Mr Ghafar back and our thoughts will always remain with his loved ones."