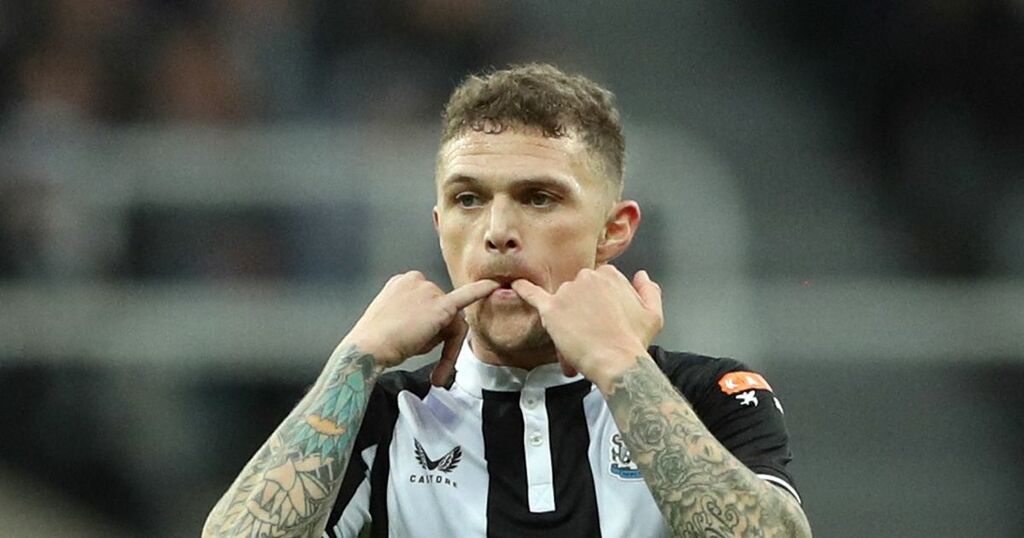 The right-back suffered a nightmare debut following his £12million move from Atletico Madrid as the Magpies were stunned by the League One side who claimed a 1-0 victory.

Newcastle's dismal season continues and Eddie Howe's arrival has been unable to turn around the club's fortunes as relegation stares them in the face.

Fans were understandably raging at full time after they were dumped out of the cup as boos rang out around St James Park.

And several players did not want to face the supporter's backlash as they went straight back to the dressing room after the full-time whistle, where they received a visit from the club's Saudi chiefs, instead of clapping the fans.

Have Your Say! Will Eddie Howe keep Newcastle in the Premier League this season? Comment here.

Saint-Maximin was one of the players who legged it down the tunnel and ignored Trippier's attempts to get him and his other Newcastle teammates to take part in the post-match ritual.

Howe has ordered his embarrassed stars to be brave enough to front up to fan criticism following the humiliating defeat.

The Newcastle boss said: “We have a way of working, and my personal opinion is we should always appreciate the fans and thank them for coming, thank them for supporting the team.

“Sometimes, that’s very difficult to do when you haven’t had a positive result, and some players probably want to immediately just leave that situation.

“But we encourage them to recognise the supporters. Sometimes, that’s the most important time to do it, when the result hasn’t been good we have to stand up, take the criticism, but still acknowledge the support of people who have paid big money to come and watch us.

“I’ll never want to run from that moment. You have to be brave enough to front it up, even if you’re aware you potentially might be criticised for that.”

Newcastle are in desperate need of a striker in the transfer window with Callum Wilson, scorer of six of their 19 goals this season, is out for two months, including next week’s relegation clash with Watford.

Howe admitted: “There is a gap there (in attack), but everyone has to step up and fill that gap. That happens in football. Yes, losing Callum was a huge blow, and also losing Dwight Gayle was a huge blow as well.

“We’re left without a recognised striker really. Maxi has played in that position and played very well, but probably more in games where we’re counter-attacking.

“When you lose Callum and Dwight, we’re left without a recognised striker. I felt we missed that focal point

“We can’t let it derail next week. I thought the players were very committed today and tried to execute everything to the best of their ability."