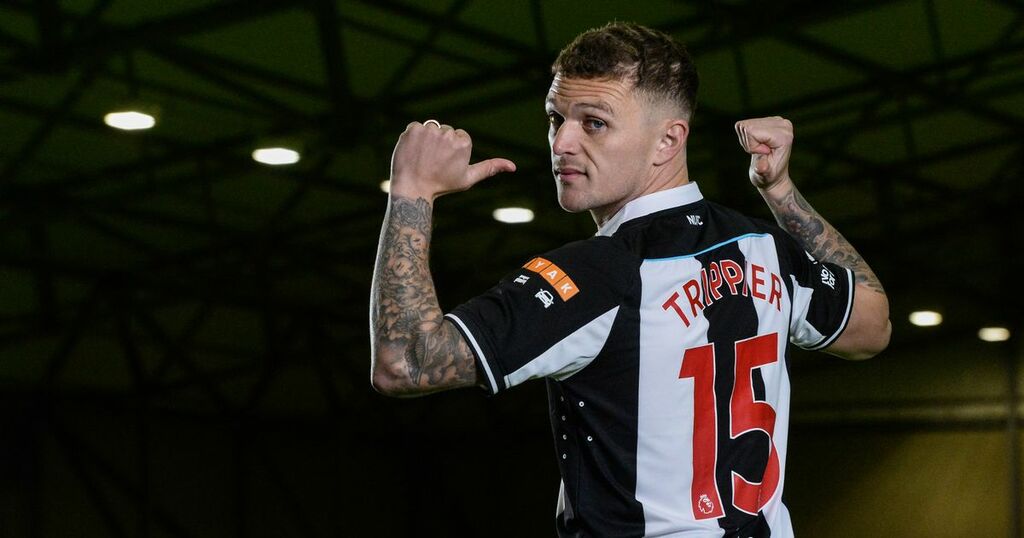 The defender completed his switch to Tyneside from Atletico Madrid on Friday signing a two-and-a-half year deal with a vow to help keep Eddie Howe’s side in the Premier League.

Trippier, who captained England as recently as October, is the first signing of the new Saudi regime, and says he is a better player than when he quit Spurs for Spain three years ago.

He has taken a gamble swapping the La Liga champions for St James’ Park but says he will “battle and fight” for his new club, and show Gareth Southgate he is still on the radar for the Qatar tournament in November.

Trippier, who scored in the World Cup semi final in 2018, said: “Every opportunity to represent my country is an honour and because I have moved to Newcastle nothing has changed.

“I want to put on good performances for my club and show Gareth I am still playing at the highest level.

“I am up against three, four good right backs. Most importantly I have to play well for my club and then who knows on the international stage.

“Atletico? It is different, going to a new country with my family. It was difficult at first. I am not afraid to get chucked into the deep end and test myself in Spain and that is what I did for just under three years.

“It was a great experience. I am happy I did it. I was happy to win La Liga, I made good memories there. Unbelievable club, great experience, nice people out there. It was a once in a lifetime opportunity.

“I am a much better player than when I left Tottenham. Diego Simeone is a very good manager. He helped me defensively. I have matured a lot since I arrived there and I played with good players. He was a joy to play for and a privilege.

“We won La Liga. It is difficult with Real Madrid and Barcelona and you have good teams like Seville. We started well and it took off. The last three games it got tight and we won it on the last day of the season. I want to make more memories with my team-mates and the club here.

Trippier says United boss Eddie Howe was a big influence on his decision to join Newcastle, and he can’t wait to play in front of 52,000 Geordies.

He added: “He trusted in me once and now a second time. I have a huge respect for the gaffer. He got me from Man City (to Burnley ) on loan and signed me permanently in the January window as well.

“I know what he demands in training and the pitch. I will work hard and try to help my team-mates and pick up positive results and climb the table.

Trippier is fit and ready to play against Cambridge in the FA Cup on Saturday, and had his first session with his new team-mates on Friday. Eddie Howe will play his strongest team because they just need to "win a game."

He says quitting special Atletico, after winning the title, was tough but explained: “Since the start of the season there were rumours of me leaving to Atletico Madrid. It didn’t happen. I got my head down and said if anything was to come up in January.

“Newcastle came up in January and for personal reasons with my family it was important that they were settled and we thought it a great opportunity. It was an easy decision.

“Good team, manager and staff. The managers who have coached me know I fight for everything. I fight for Newcastle now. I know the position they are in.

“I want to help on and off the pitch to climb up the table. It is a battle. I will do my best for everyone. From now I will give 110pc and put it into the matches.”

So why Newcastle? “You look at the club, fan base and the project that is happening now, it is very exciting. I love challenges. I tested myself in Spain and now in Newcastle.

“We understand the position we are in. We want to build and get better.

“I played here for Burnley once, a crazy game 3-3! The supporters are so loud. I can’t wait to experience it.

“Now it is the second half of the season. We need to fight for each other and the fans.”