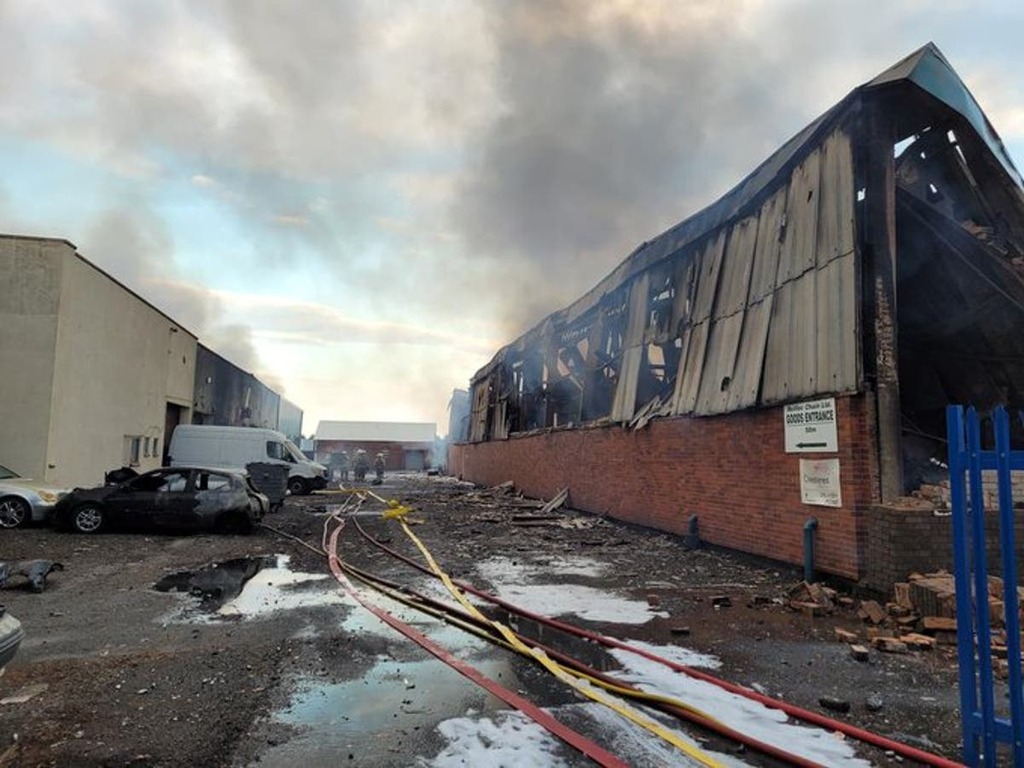 Residents were evacuated from their homes in Park Street after a “significant” industrial blaze broke out at Bett Metals at Park Street in Worcestershire on Wednesday.

Officials have asked locals to avoid the area as huge clouds of black smoke billowed from the site of fire. People in the neighbourhood have been asked to keep their doors and windows closed as plumes of smoke filled the town.

The major blaze erupted on Wednesday from two “large industrial units” and in “several seats of fire” at Park Street, reported BBC, quoting fire services. Fire department rushed hundreds of firefighters and emergency services to the scene shortly after the call was received around 3pm

Local residents have been asked to spend the night outside of the affected area with friends, relatives or Wyre Forest House’s rest centre as the firefighting operations were expected to stretch overnight.

People in Kidderminster have been asked to avoid the area by the fire services even as the traffic continued building up around 8pm.

Preliminary visuals showed smoke coming out from the roof of the building as flames engulfed the interior portion. The blaze also caused some loud explosion which have been confirmed by the officials.

No casualties have been reported so far, group commander John Laight told BBC.

All the people in the affected premises were evacuated before the fire services reached the spot, Mr Laight said. “We have liaised with the local owners of the buildings, we originally had a potential that there were some people trapped in a certain area,” the group commander said.

“We have been told by the local company that we have got all persons accounted for which was obviously the main priority when we first turned up,” he said.

Mr Laight said the fire had started in one unit and had spread to a second industrial unit but both were now surrounded. Firefighters from West Midlands, Staffordshire and Shropshire were also roped in to tackle the blaze, he said.

A considerable disruption has been caused as a result of the fire as roads were closed at Park Street with Park Lane and Castle Street and at Bewdley Road by the hospital, West Mercia Police told BBC.

A probe will be ordered into the fire incident once the blaze is contained, officials said.