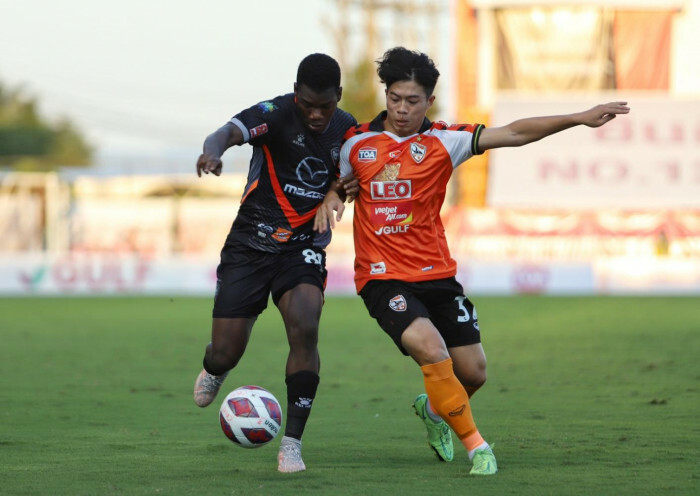 Former league champions Chiang Rai United staved off a home defeat at the hands of Nakhon Ratchasima, rallying twice to a 3-2 victory in a dramatic manner. It's the first win of the new season for the Beetles.

Khon Kaen, who suffered a 2-0 loss to Ratchaburi in their first game in the top league last week, found themselves ahead of Prachuap a little after the half-hour mark when Narongrit Boonsuk found the net.

The result leaves Prachuap without a victory in the league after two matches as their first game yielded a point following a 2-2 draw with SCG Muang Thong United.

The Beetles were rescued by a penalty awarded in the ninth minute of added time after trailing Nakhon Ratchasima for most part of the match.

Abdulhafis Bueraheng gave the Swat Cats the edge in the 12th minute which was cancelled out by a penalty by Bill Rosimar two minutes into the first-half injury time.

But Chiang Rai found themselves trailing again less than a minute later as Marco Sahanek picked up another goal for Nakhon Ratchsima.

Sivakorn Tiatrakul's equaliser in the 71st minute brought the home team back into the match before the victory was sealed by Bill in injury time.