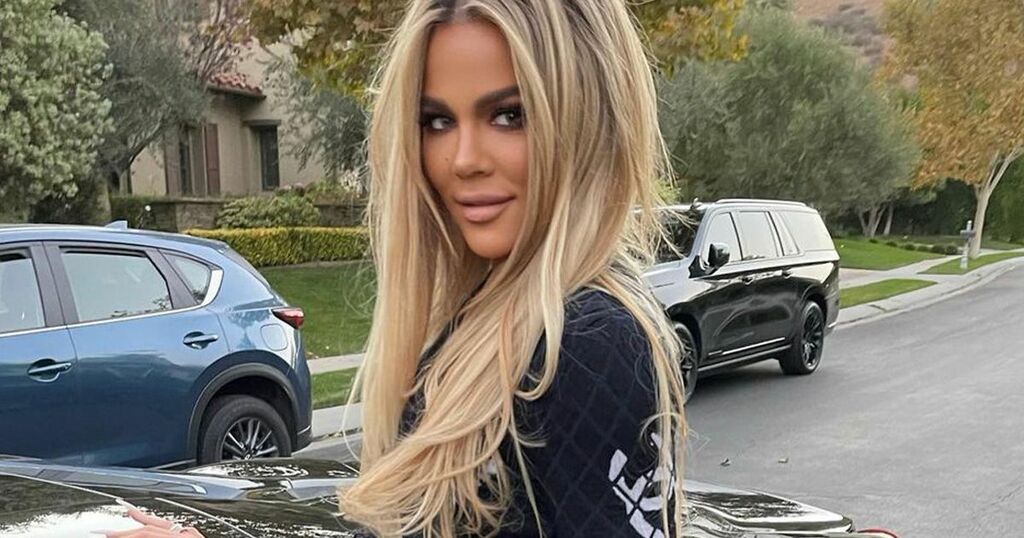 The mum-of-one uploaded the pic on Instagram in which she smoulders in a figure-hugging Chanel jumpsuit, leaning against the side of a black Ferrari.

The shape of her nose appears to have changed and it just doesn't feel like KoKo.

Khloe has faced increasing speculation over recent month she's been changing her looks on social media.

Rumours have been rife she has been editing her pictures or using filters while others have claimed the star has turned to more drastic measures to alter her appearance.

That said, fans couldn't get enough of her latest post with one revealing they'd been "waiting all day" for the reality star's "beautiful" upload.

Khloe has been honest about her changing appearance and admitted on the Keeping Up With The Kardashians reunion show that she'd had a nose job.

The Good American founder said she's never been directly asked about her surgery, which is why she's never said anything publicly.

"No one's ever asked," she said. But after being asked by the show host she said: "Well, for me, everyone says, 'Oh, my gosh, she's had her third face transplant.'

"I've had one nose job - Dr Raj Kanodia," she said, revealing the name of the doctor who performed the surgery.

Khloe didn't reveal when she'd had her nose job, but a cosmetic surgeon from MYA explained to the Mirror how he believes he can spot the work the star's had.

"The bridge of Khloe’s nose appears thinner, and the tip and nostrils appear to be smaller and slightly lifted compared to previous images of her," the surgeon said, commenting on recent images of the star.

Khloe's mum Kris Jenner has recently heaped praise on her daughter in the wake of Kim's Saturday Night Live performance.

The family's "momager" shared a sweet post on Instagram on Wednesday with plenty of admiration pointed in the 37-year-old's direction.

The lengthy post included several pictures of the pair behind the scenes at SNL from the weekend.

Kris, 65, penned: "I just wanted to give a love and appreciation post to my beautiful daughter, Khloé, for being the most amazing, uplifting, cheerful, positive, most incredible cheerleader I have ever seen.

"No matter what it is, she is there with kind, encouraging, positive words that really do make my whole day. Just listening to her talk about whichever sibling she is cheering on."

She continued: "I cannot describe how consistent this is on a regular basis and what kind of an unbelievably loving and compassionate human being she is."