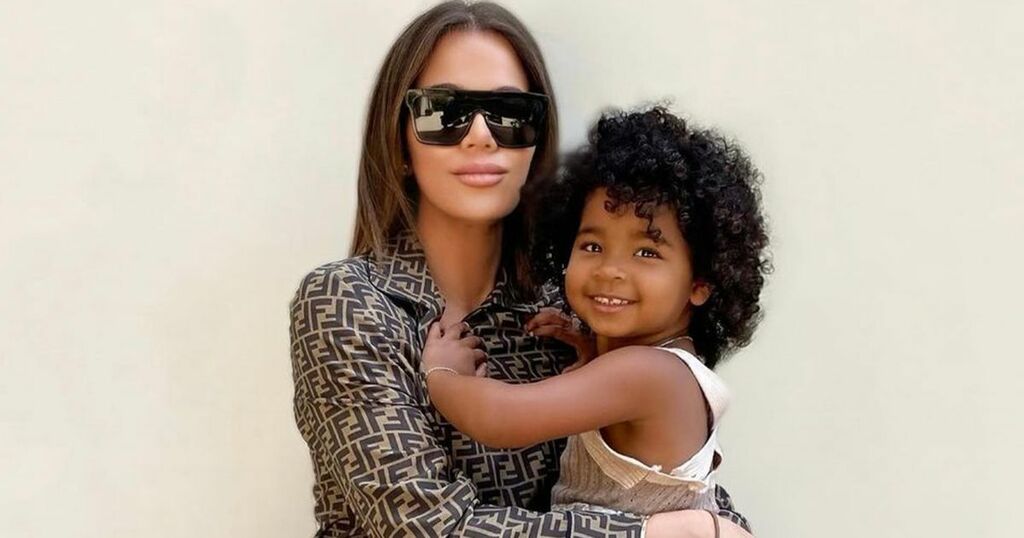 Khloé Kardashian has revealed she's keen to add to her family - but only if it's part of "God's plan".

Khloé's online discussion about having another child comes after is was rumoured that she's reunited with her ex, NBA star Tristan Thompson.

The 37-year-old reality TV star is already a mum to three-year-old daughter True Thompson, who she co-parents with her on-off ex-boyfriend.

Taking to Twitter on Wednesday, the Keeping Up with the Kardashian 's star reflected on the development of her toddler.

"How is my baby getting so grown on me," the mum-of-one tweeted, adding some tearful-face emojis to her quip.

The tweet prompted one of the star's 29.5 million followers to give the fitness-fanatic a cheeky suggestion.

"Time for another," a Khloé fan account replied to the star.

"Hehehe I want her to have a sibling," Khloé replied - adding: "If it's God's plan."

Enjoying a chat with her loyal fans on the social media platform, the star also seemed to be upset about her three-year-old daughter growing up fast.

"I can't believe she will be four next year," one fan tweeted the Good American founder, referring to True.

"I can’t even think about that," Khloé replied.

Khloé's baby chat on the timeline comes as the rumours surrounding her relationship status continue to circulate.

Earlier this week, the blonde beauty was snapped sporting some huge diamond rings on her left wedding finger on Monday night - for the first time since she split from basketball player Tristan earlier this year.

During her time with the 30-year-old sports star, Khloe could often be spotted with large diamond rings on her wedding finger - something that stopped shortly after their split.

Khloé's choice of bling added to the ongoing speculation that she has reunited with the father of her daughter.

Tristan himself appeared to hint at a possible romantic reunion earlier this week, with a cryptic social media post.

"Never underestimate the heart of a champion," the 30-year-old star shared on his Instagram Story on Monday.

The mysterious online update comes after months of reports that the sports star has been trying to win back the brunette beauty.

In September, an ET Insider claimed that Tristan was still "very flirty" with Khloé, but her focus was 100% on True and co-parenting in a healthy way.

"Khloe is making sure to include Tristan in dinners, outings, play dates, etcetera with True so they can have time together as a family," the source added.

Khloe and Tristan had a very on-off relationship since first getting together back in 2016.

As Khloé became a mother for the first time in April 2018, the star's happy news was tainted as rumours began to circulate that her partner Tristan had cheated during her pregnancy.

In 2019, the Twitter-loving star split from the professional basketball player when it was alleged that he had cheated on her with sister Kylie's then best friend Jordyn Woods - something Jordyn went on to deny.

The COVID-19 pandemic saw the stars reunite as an official couple after spending lockdown together as a family with daughter True - only to split shortly after getting back together in August 2020.

However, their reunion was short-lived as E! News confirmed in June 2021 that the pair had split once again, following yet more rumours surrounding Tristan's alleged infidelity.