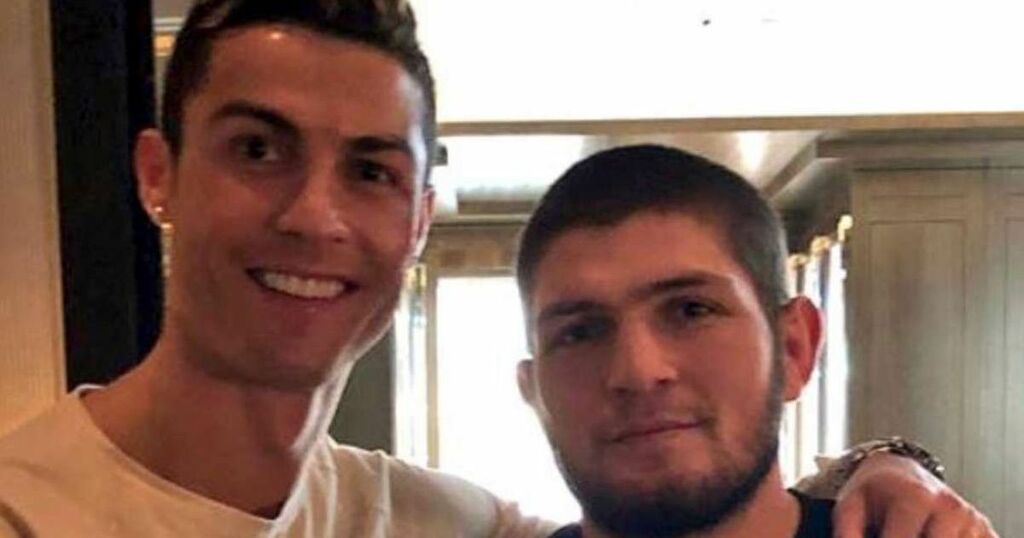 Khabib Nurmagomedov has revealed that Cristiano Ronaldo told him a move to Manchester United was prompted by the football star being "bored" in Italy.

The Portuguese international is a fan favourite at Old Trafford, spending six years at United before leaving the club in 2009 for Real Madrid.

Nurmagomedov and Ronaldo's friendship has been previously documented with the former UFC star even saying he speaks with Ronaldo almost every day.

And Nurmagomedov revealed last week that Ronaldo "let slip" his high-profile switch to United when they spoke earlier in August.

He said: "A month ago, he told me that he was moving to Manchester United. I expected this deal to take place.

"I think that Manchester United is more suitable for him than Juventus. For me, the transition was not a surprise."

Nurmagomedov has now provided more context to the details of his conversation with Ronaldo, touching on what prompted his move back to the Premier League.

He told RT Sport : "I wouldn’t like to reveal our private chat. Well, he told me that he was bored in Italy and that he would like to move to England."

"For real, when I watch Italian football… I am not a big fan of it. English football, on the contrary and I would never switch it off.

"No matter which team is playing, it’s always a spectacle."

Nurmagomedov is a huge football fan and has been pictured playing the sport since retiring from fighting last October.

The undefeated Russian retired has been training fighters such as Islam Makhachev since retirement and has also rebranded his own MMA promotion called Eagle Fighting Championship.

Nurmagomedov was pictured shaking hands with a representative from Legion Dynamo football club last month, which sparked talk that he was beginning his football career.

But the Russian has since denied claims he said signed with Legion Dynamo, instead stating he has "close relations" and regularly supports the third tier side.

He told RT Sport : “I have friendly relations with Legion Dynamo. I support the team and come to their matches when I’m in Makhachkala, but I have no plan to step on to the field because I fly more than I walk right now.

“I haven’t signed the contract but I have close relations. I can come in at any time. It all depends on the situations, we’ll see how it goes. They’ll have a cup match soon, I believe they’ll be playing Russia’s Premier League team from UFA.

"If the Premier League comes maybe… but I have to lose a little weight to get into football shape. Maybe 12 pounds.”