KFC worker grabs woman's breasts then accuses her of being racist 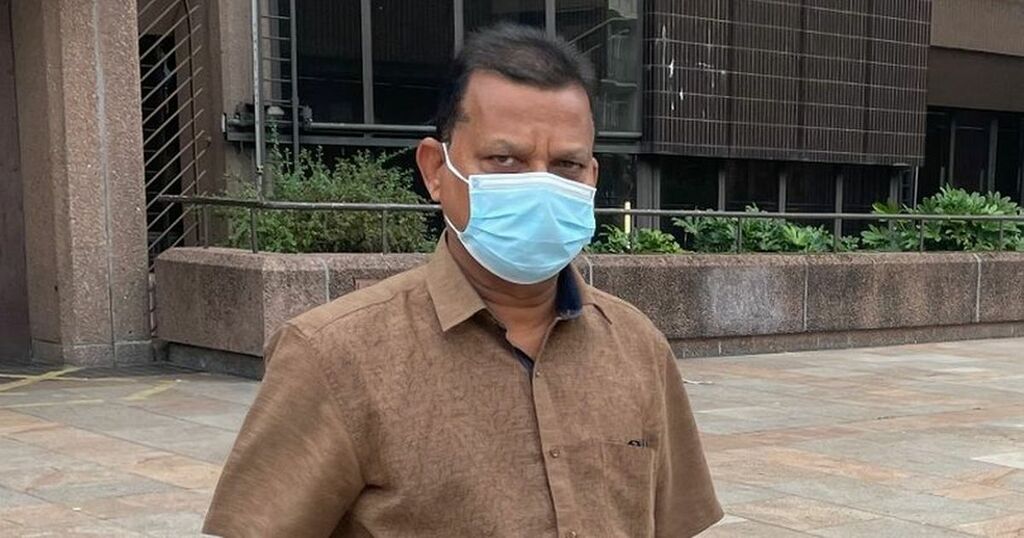 A KFC restaurant worker grabbed a colleague's breasts then claimed that she was racist when she reported his sexual assault.

Joseph Puravady, 59, followed the female employee back to the staff room, where he knew that she would be alone, as part of a "predatory" attack.

The married father later had his own adult daughter send a message to the victim apologising for his behaviour and asking for her forgiveness, reports Liverpool Echo.

However Puravady, of Kensington, Liverpool, then denied any wrongdoing and accused the distressed woman of racism.

Even after he was found guilty of sexual assault by a jury, he complained that she was a " bully " who held a "grudge" against him.

Judge Anil Murray today said: "The complainant went upstairs to the staff room and you followed her within a minute.

"You told the jury that was a coincidence and you didn't see her leaving her work station.

"I'm sure it was not a coincidence and that you deliberately followed her upstairs, to where you knew she would be alone.

"Your work station was very near to hers and you must have seen her leaving to go upstairs.

"Once upstairs, you approached her from behind, rubbed her breasts over her clothing and tried to kiss her neck.

"The incident ended because she ran away in distress.

"You later had a message sent saying you were really sorry about what happened and hoped for forgiveness."

The woman outlined in a victim statement at Liverpool Crown Court how the attack impacted on her physical and mental health.

She struggled emotionally, had difficulty sleeping, lost trust in others, suffered from anxiety and went to see her GP for help.

Puravady was assisted by an interpreter in the dock and supported by his wife and daughter sitting in the public gallery.

Brendan Carville, defending, urged the judge to suspend any prison sentence given to Puravady, who was sacked by KFC.

He said: "I wasn't trial counsel but I know a lot about the case. I know there were certain elements that were unattractive from the defendant's point of view - a suggestion the defendant's daughter sent an apologetic text message..."

Judge Murray interjected: "And the defendant in his evidence said this was a false allegation, that was in part racist."

Mr Carville said: "As I say, that's not an attractive part of the case."

The lawyer said Puravady was in "poor health" and on a waiting list for heart surgery.

He said prior to this attack he was a man of "good character" and a "family man".

Mr Carville said: "Following his conviction he was photographed outside court by the local press, of course there's the shame and embarrassment that goes with that, not just to himself but to his immediate family and distant family..."

He said the author of a pre-sentence report believed Puravady could be helped in the community.

Mr Carville said his client was unable to do unpaid work because of his heart condition.

He said: "He's been unemployed - he was released from his employment by KFC and he hasn't worked since. His wife works as a nurse, she is the family breadwinner."

He added that while it was an "unpleasant" and "nasty" attack, it was short lived and it was hoped the victim would recover with time.

Paul Treble, prosecuting, asked for a restraining order on behalf of the victim, which Judge Murray made for four years.

Judge Murray said he saw Puravady, the victim and witnesses give evidence, meaning he was "in a much better position" to assess him, his mitigation and the harm and culpability involved.

The judge said he saw the "serious effect" of Puravady's attack on the victim when she gave evidence.

He said: "She was very distressed when asked to recall your behaviour towards her.

"At trial you suggested to the complainant and to the complainant's witness that they held a grudge against you for reasons connected to your race, and other reasons, and that the allegation had been fabricated. The jury found that not to be the case.

"I do not pass a longer sentence because you ran an unattractive defence, however, it's something that I must take into account when deciding whether you're someone who has a realistic prospect of rehabilitation.

"You blamed your victim and accused her of racism. It's clear that you cannot accept responsibility for your actions."

"The view of the author is you chose instead to totally disregard court orders and to lead a life of lies and deceit."

The judge said there was "some planning" as Puravady followed his victim to where he knew she would be alone.

He added: "It took place at her place of work where she was entitled to be respected and well-treated by her co-workers."

Judge Murray said: "I've read the pre-sentence report, in which you describe the complainant as a bully.

"The author of the pre-sentence report found your version of events to be implausible, as did the jury.

"Your actions are described by the author of the pre-sentence report as predatory.

The judge said Puravady had "some strong personal mitigation", but said: "Rehabilitation does not just mean no further offending.

"I find there is not a realistic prospect of rehabilitation in this case. You cannot bring yourself to accept responsibility and blame others."

Judge Murray jailed Puravady for eight months and told him to sign on the Sex Offenders Register for 10 years.

Anyone with information or who wants to report a sexual offence is asked to call 101 where you will be spoken to by specially trained officers or you can pass information to Crimestoppers, anonymously, on 0800 555 111.