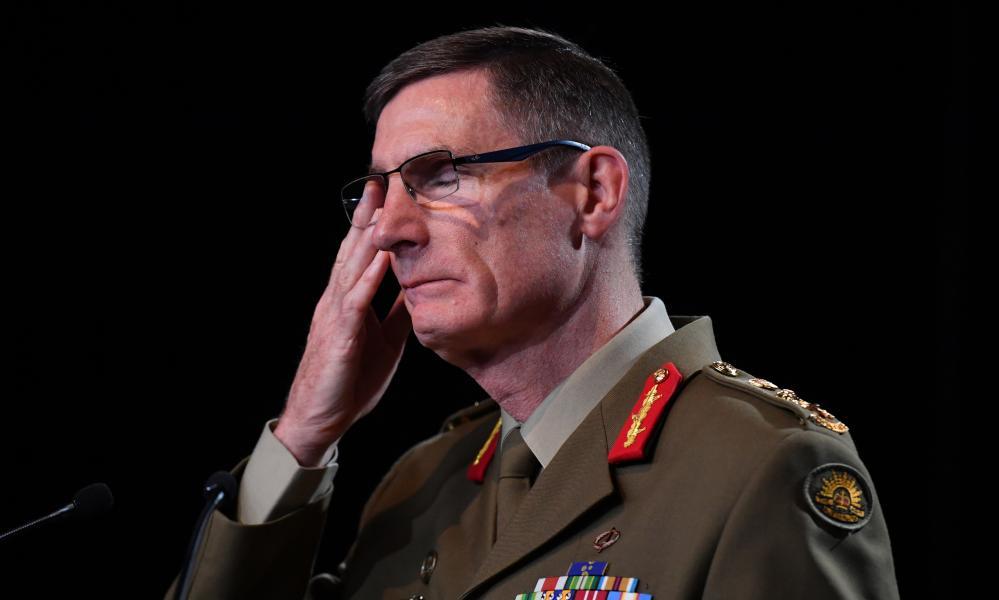 The findings of Maj Gen Paul Brereton, after a four-year inquiry, paint a grim picture of the actions of some of Australia’s most elite soldiers in Afghanistan.

Here are its main findings.

The report’s most staggering revelation is that 39 Afghans were allegedly murdered by Australian special forces in 23 incidents. Two more were cruelly treated.

The report redacts much detail about the individual alleged incidents.

But we know that none of the alleged killings took place in the heat of the battle. The vast majority are alleged to have occurred while the Afghan victims were detained or under Australian forces’ control.

None of the alleged victims were combatants.

Brereton said that the circumstances of each, were they to be eventually accepted by a jury, would constitute the war crime of murder.

Related: We must act as quickly as possible to set the moral compass of our defence force right | Chris Barrie

In all cases, the report finds it “was or should have been plain that the person killed was a non-combatant”. The chief of the defence force, Angus Campbell, said that in each case, the intent cannot be in dispute.

“None were alleged to have occurred in circumstances in which the intent of the perpetrator was unclear, confused or mistaken,” he said. “And every person spoken to by the inquiry thoroughly understood the law of armed conflict and the rules of engagement under which they operated.”

One alleged incident, heavily redacted in the report, is described as “possibly the most disgraceful episode in Australia’s military history”.

The ‘blooding’ of young soldiers

The report reveals allegations of the “blooding”, or initiation, of young special forces soldiers.

The report describes a process in which young special forces soldiers would be allegedly instructed by their patrol commander to execute a detainee.

Weapons or radios, known as “throwdowns”, were allegedly placed on the body and a cover story allegedly created to mask the crime and deflect any scrutiny.

A culture of cover-up

A culture of secrecy and cover-up pervaded the special forces, the report found.

Patrols would compartmentalise from their leaders and from one another, hiding their actions on the battlefield from all, it said.

Operational reports were allegedly sanitised to make it appear as though special forces were complying with the laws of engagement.

“Operation summaries and other reports frequently did not truly and accurately report the facts of engagements, even where they were innocent and lawful, but were routinely embellished, often using ‘boilerplate’ language, in order proactively to demonstrate apparent compliance with rules of engagement, and to minimise the risk of attracting the interest of higher headquarters,” the report said.

Special forces saw themselves as above reproach, the report found. They allegedly had a sense they were elite, entitled and beyond the scrutiny of those outside the fence. The normal rules did not apply to them, it said.

The report found younger soldiers viewed their patrol commanders as “demi-gods”. Disobeying their instructions, it was feared, would lead careers to ruin.

The report clearly shows complaints about the Australians’ conduct were made, including by Afghan nationals and local human rights groups.

They were allegedly ignored.

The complaints were treated as Taliban propaganda, or attempts to secure compensation, the report found.

There was also a sense that the “collective sacrifice” of the SAS justified lesser deviations in their behaviour from the norm. David Wetham, the assistant inspector general of the Australian Defence Force, wrote: “It is clear that there were warning signs out there, but nothing happened.”

Related: 'A long time for justice': Afghans wait for Australia to right the wrongs of its war

The oversight systems designed to detect and root out such conduct failed, including because commanders placed too much trust in their subordinates and were protective of them, the report said.

Early assessors of complaints generally approached their task as being to collect evidence to refute a complaint, rather than examine the incident fairly and dispassionately. Inquiry officers did not have the proper level of suspicion or the investigative skills to properly assess complaints, the report found.

Apologies, compensation and reforms to come

On Thursday, Campbell offered his apologies to the Afghan people and its leaders, and to the Australian people. He did not hold back in his description of the alleged killings.

He described the alleged conduct as “shameful”, “deeply disturbing” and “appalling”. Brereton, the inquiry head, described it as “disgraceful and a profound betrayal” of all the Australian Defence Force stood for.

When asked what he would say to the families of the dead, Campbell said: “I am sincerely sorry for their loss and I can imagine the pain, the suffering and the uncertainty that that loss has caused, both at the time and that continued uncertainty of how this happened,” he said. “My sincere apologies to them and a desire to find a way to make recompense.”

Defence is now exploring how it can make compensation payments to the families of the alleged victims.

It is also about to embark on a reform of the special forces and accompanying structures. Campbell has accepted all 134 recommendations of the inspector general, but was at pains to point out that most service personnel who served in Afghanistan were not engaged in such conduct.

The unit citation awarded to Special Operations Task Group rotations serving in Afghanistan between 2007 and 2013 will be revoked.

Those perpetrators still in the ADF may face discharge. Campbell foreshadowed changes to the army’s organisational structure, a process that will be monitored by an independent oversight committee.

He has so far stopped short of saying he will disband the SAS.