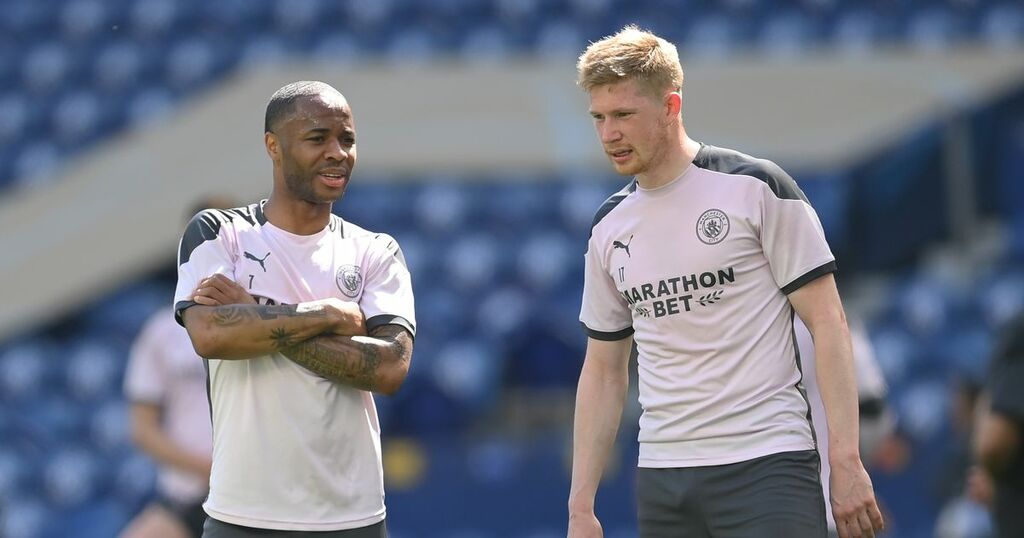 City fans have frequently bemoaned their players not receiving due credit for their individual exploits, but last season’s run to the Champions League final has played a big part in shifting that narrative.

Alongside their Porto conquerors Chelsea, City led the way with five representatives on the France Football list of 30 nominees for the men’s Ballon d’Or.

You could argue, in some cases, that the City contingent was slightly generously represented, although this also comes with the territory of a roll call that stretches the concept of shortlists to its absolute limit.

Ruben Dias transformed City’s defence and was an obvious pick as the outstanding European centre-back of 2020/21.

Phil Foden won’t win the Ballon d’Or this season but it maybe feels like a matter of time until he does, such is the scope of the England youngster’s vast gifts. After a breakout season at home and abroad, France Football were compelled to acknowledge him.

Riyad Mahrez’s inclusion maybe raised some eyebrows but he became a clutch player for Pep Guardiola during last season’s run-in, scoring vital goals in the Champions League quarter and semi-finals.

The Algeria winger is also the inspiration behind an ongoing 30-match unbeaten run for his country. He enjoyed his best season at City, while Dias and Foden produced the standout 12 months of careers that have plenty of road left to run.

The same cannot be said for Kevin De Bruyne or Raheem Sterling.

Sterling’s recent struggles at club level have been well-documented. Since February, he has only scored twice in the Premier League - a paltry return that stands at odds with his talismanic displays for England at Euro 2020, which form a key pillar of his Ballon d'Or case.

De Bruyne was given the nod by his fellow professionals in England for a second consecutive year after he retained the PFA Players’ Player of the Year prize, but the hyper-critical Belgian would concede he was not at his vintage best throughout 2020/21. As in the opening weeks of this season, injuries played a part.

In 2019/20, De Bruyne scored 16 goals and provided 22 assists in all competitions. Those numbers fell to 10 and 18 respectively last time around, although his per-90 minute averages tracked at a similar level (0.5 assists, 0.4 and 0.3 goals respectively).

At this stage, we should consider the never-ending debate of what should constitute a Ballon d’Or season. It feels counter-intuitive that, in order to recognise the best individual in world football, they have to be part of a trophy-laden collective.

De Bruyne’s performances in 2019/20 felt more impressive than last season precisely because he did it in a City team unable to win the honours that would have put him in more solid Ballon d’Or contention.

Sterling’s drop-off is more pronounced. He scored 14 times in all competitions in 2020/21, following 31, 25 and 23 in the three prior campaigns. Dead-eyed finishing has never been identified as the forward’s strongest suit, but he outperformed his xG ( as per FBref ) in each of those seasons. Last season he could only match an xG of 14 over the course of 49 appearances.

It could be argued that De Bruyne and certainly Sterling have been shortlisted to a large extent on reputation. But this is great news in terms of where City stand among the game’s heavyweights. They have players so respected that their place among the elite is not solely dependent upon the fickle fluctuations of form.

Similarly, after making it three out of four Premier League titles last season and starting the current campaign in an impressive fashion, there is an obvious and foreboding question for City’s rivals: if De Bruyne and Sterling get back to their very best, just how is anyone going to stop Guardiola’s team?