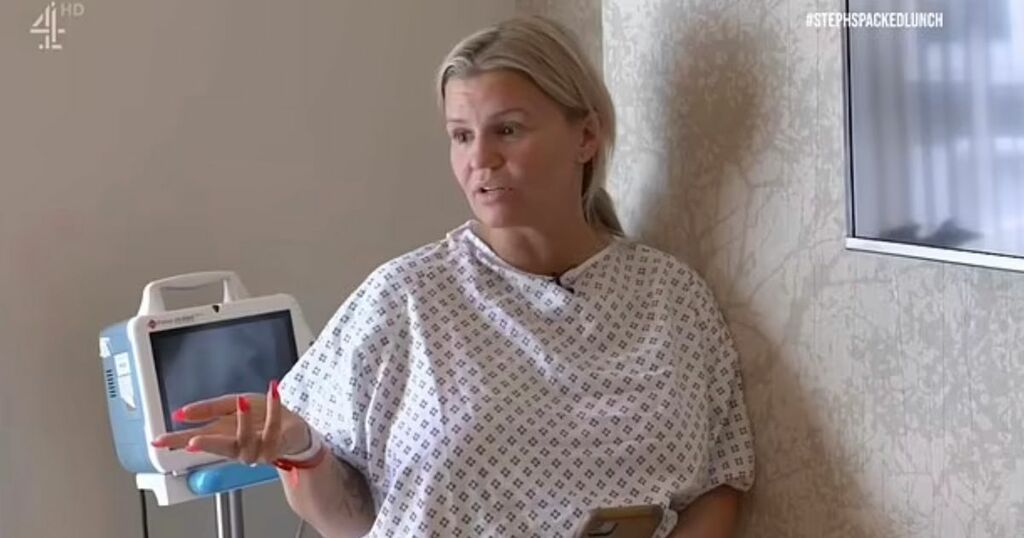 Kerry Katona has shown off her new boobs after undergoing a four hour operation to have them reduced.

The former Atomic Kitten singer, 41, went ahead with the surgery after suffering agonising back pain from her previous breast implants.

Debuting her smaller cleavage in a segment on Channel 4’s Steph’s Packed Lunch, Kerry said she was pleased with the results.

“I do regret having the original boob job. I’ve been in the industry so long – you do think if you don’t look right, you’re not going to get work.

“But going smaller now is about me getting what I want. It's not about other people anymore.”

She later joked: “I’ve got nothing to rest my arms on!”

Speaking candidly about her health problems ahead of her surgery, the mum-of-five said: “I've had breast implants to make them bigger. I've been sliced, diced, sucked, nipped, tucked.

“As much as I love having bigger boobs, I’m 41 now and my body is starting to feel the strain… It’s time to get them to go smaller, I’m suffering really bad with my back.”

“My breasts were so big and so heavy, and I looked out of proportion. I still suffer with a bad back, but it's nowhere near what it was.”

Kerry added Girls Aloud star Sarah Harding’s cancer diagnosis had inspired her to get her own breasts checked when she found a lump on her armpit. Her right breast also became swollen.

Sadly, Sarah passed away in September at the age of just 39, a year after being diagnosed with breast cancer.

“Poor Sarah’s lost her life so early and it’s made so many of us check our breasts.

“When I came on your show to talk about it, I had a lump in my armpit and my right breast was swollen. Because of what happened to Sarah I thought, ‘oh my goodness, I better get this checked.’

“I think a lot of people did the same. It’s just such a shame it was too late for Sarah.”