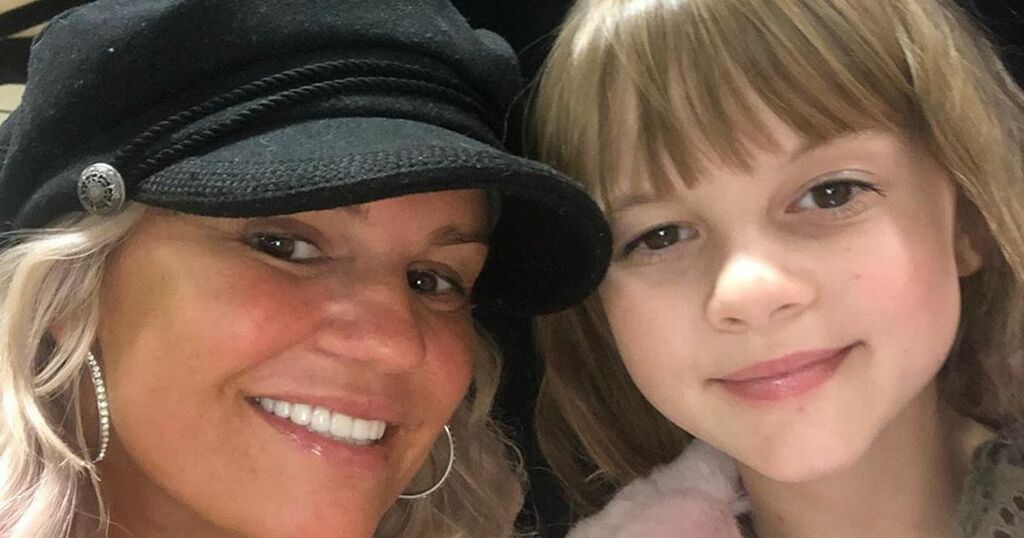 Kerry Katona has opened up on her daughter Heidi being tormented by bullies at school.

The former Atomic Kitten singer, 41, says that her 14-year-old was 'struggling at the end of the school year' as she was being targeted by other teenagers.

And now Kerry has decided to change the school Heidi attends as she has been able to enrol her into private education due to an improvement in her finances.

The ex chart-topper says that since the school move she has noticed a big change in Heidi and that has left proud mum Kerry "so pleased."

Writing in new! magazine, Kerry said: "Heidi really struggled at the end of the school year, before summer. She was being bullied.

"We also moved house and she had to say goodbye to a lot of friends. She's 14 and its a tough age. She felt down on life - everything was negative. I felt she'd lost her spark.

"But a week into her new school, she seems so excited. I can see that spark in her face again and I'm so pleased."

Heidi's siblings Molly, 20, and Lilly-Sue, 18, who Kerry shares with Brian McFadden, went to the school that Heidi is now attending.

In August, Kerry revealed that she was planning to take Heidi out of school and told that the young girl was being subjected to cruel bullying.

Kerry revealed that Heidi had "got loads more s**t at school from some horrible boys."

This prompted Kerry to take action and she explained: "I’ve decided I’m definitely taking her out of that school.

"Your schooldays are so important and it’s about investing in your future."

Kerry recently signed a multi-million-pound business deal after completely turning her life around after being declared bankrupt.

The star bagged the new role as Creative Adviser of Thrillz – a leading celebrity engagement platform.

The singer-turned-reality TV star has acquired a stake in the company, adding to her already booming business empire.

Speaking exclusively to The Mirror, Kerry opened up about how she managed to turn her life around after going through turmoil in her childhood and surviving an abusive relationship.

“I’ve been on every side of the coin. I’ve come from being in foster homes and living on council estates to becoming rich very young and becoming a millionaire very young.

“I lost it all and went bankrupt. I tried to get it back and I lost it all again. And I then crawled my way back up. I would never ever have thought that I could have turned my life around like this, but I have.

“I want to show people that it can be done, because I’ve done it. I hit rock bottom but I surrounded myself with good people. When I was younger, I had the wrong people around me. But now, I only have good people in my life, and it’s changed me.”

Kerry went on: “I want to keep building my own little empire up and up. And this new role is a part of that.”