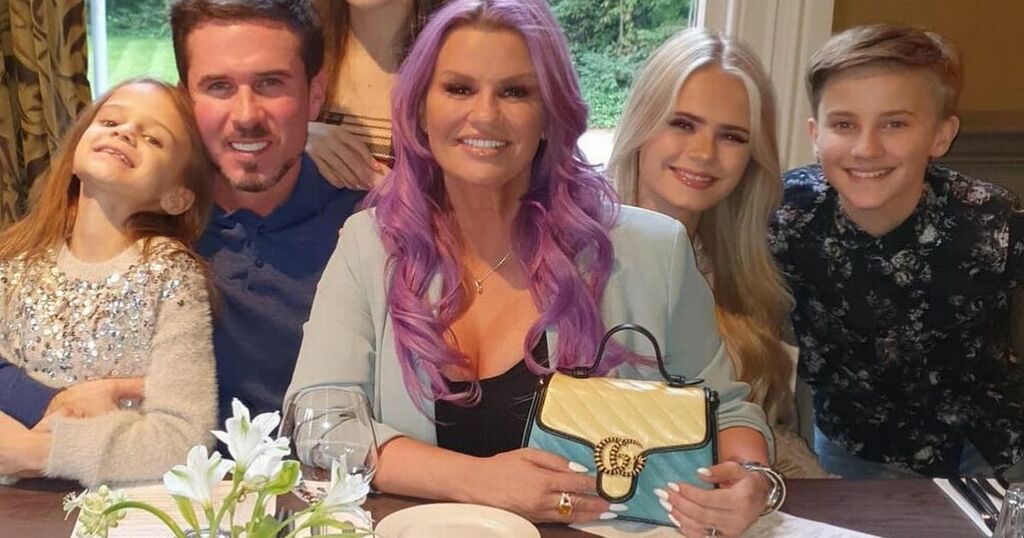 Kerry Katona says it "hurts" as her kids are bullied at school over her drug addiction past.

The doting mum-of-five has been sober for 13 years, but says her children are teased in the school playground over her past behaviour.

And the reality TV star - who is a proud mum to Molly, Lilly-Sue, Dylan-Jorge, Heidi and Maxwell - got emotional as she revealed the younger ones are "suffering" despite the fact they never witnessed her taking drugs.

Opening up about it in her new! magazine column, Kerry penned: "I've always been honest with my kids about my past because there's no point hiding it.

"What hurts is that even 13 years sober, kids still tease my children in the playground about my past.

"Even though my kids never witnessed me taking drugs, they're the ones still suffering for it years later."

She went on to add how she never takes her recovery for granted and that she could still relapse tomorrow, but takes it day by day.

The former Atomic Kitten singer - who was declared bankrupt - has just signed a multi-million-pound business deal after completely turning her life around.

Kerry couldn't be any prouder of how far she has come in recent years, and her new role as Creative Adviser of Thrillz – a leading celebrity engagement platform.

The singer-turned-reality TV star has acquired a stake in the company, adding to her already booming business empire.

Speaking exclusively to The Mirror, Kerry said: "I've been on every side of the coin. I've come from being in foster homes and living on council estates to becoming rich very young and becoming a millionaire very young.

"I lost it all and went bankrupt. I tried to get it back and I lost it all again. And I then crawled my way back up. I would never ever have thought that I could have turned my life around like this, but I have.

"I want to show people that it can be done, because I've done it. I hit rock bottom but I surrounded myself with good people. When I was younger, I had the wrong people around me. But now, I only have good people in my life, and it's changed me."

Kerry went on: "I want to keep building my own little empire up and up. And this new role is a part of that."