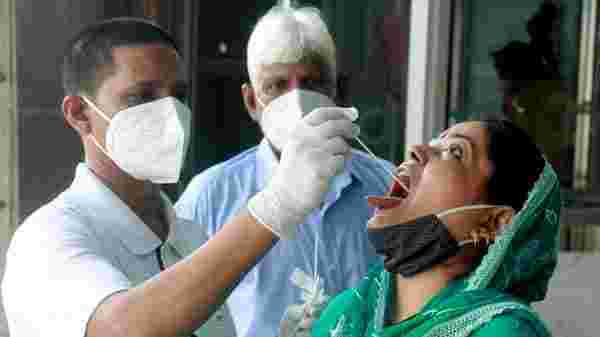 Amid reporting high Covid-19 cases for a few weeks now, Kerala on Sunday again reported over 20,000 more virus cases in the last 24 hours, taking the total tally of the state to 43,75,431, according to the daily health bulletin.

Along with that, the state also reported 67 more virus-related fatalities in the 24-hour period, pushing the death toll to 22,551, it added.

Apart from the pandemic, the southern state is also dealing with the emergence of the highly deadly Nipah virus, which resulted in the death of a 12-year-old boy in Kozhikode.

Earlier today, the samples of four close contacts of the child who succumbed to Nipah virus infection last week has returned negative, but the source was yet to be identified and the government was according top priority to it, Kerala health minister Veena George.

"Four samples of the close contacts of the child were tested again for confirmation. All were tested negative. Our field surveillance is continuing along with the fever surveillance. The sample testing is also continuing in the epicenter of the infection," she told reporters.

The state government had conducted a complete house-to-house survey within a three-km-radius from the house of the 12-year-old boy who succumbed to Nipah virus on September 5, as part of it's fever surveillance. The government had earlier stated that around 15,000 houses from the containment zone were included in the survey and details were sought from around 68,000 people.