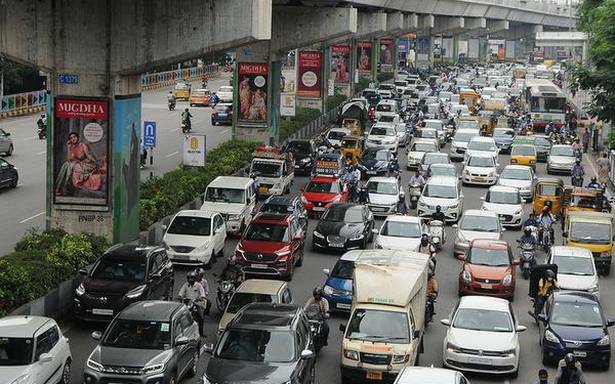 Fearing loss of revenue, Kerala is desperately holding on to delay the implementation of the BH series registration of vehicles rolled out by Union Ministry of Road Transport recently.

The new rule was introduced on August 28 and and registration for the plates commenced from September 15. Anyone who is a government or PSU employee in the State or Centre, is eligible to register his vehicle. An employee of a company in the private sector that has offices in at least four states or Union Territories are also eligible to get the BH number on voluntary basis.

Like several counterparts including neighbouring Karnataka, the State government wrote to the Centre seeking a temporary suspension in the registration of the BH series in Kerala. But the Centre has informed that the new system should be implemented without any delay. Incidentally Odisha is the first State to implement the new rule.

Vehicle dealers say that several aspirant buyers are postponing their decision to purchase new cars owing to the delaying tactics adopted by the State government.

In fact, the Ministry of Road Transport brought in the digital system of allotting BH series registration to vehicles so that the vehicle owner did not have to go through the hassled red-tapism at transport offices in the States.

At present the road tax in Kerala ranges from nine to 21 % depending on the consolidated price of the vehicle , GST and cess. “The road tax levied in Kerala is one of the highest in the country,” a car dealer said.

However, for vehicles registering under the BH series , the road tax will be charged at 8% if the cost of the vehicle is below ₹10 lakh. It is 10% for those costing between ₹10-20 lakh. And for vehicles costing more than ₹20 lakh, the tax is 12%.

Diesel vehicles will be charged 2% extra and electric vehicles, charged 2% less tax. Also, the road tax would be levied for two years and in multiple of two thereafter unlike the State collecting the upfront tax for 15 years.

The new system is a boon for government and private employees who are on transferable jobs. Previously when a vehicle is registered in a State and kept in another state for more than 12 months it is subject to assignment of new registration.

The transfer of registration from one State to another is a complicated and time- consuming process. The owner had to submit a No Objection Certificate from parent State, assignment of new registration mark after the road tax is paid in the new State and application for refund from the parent State.