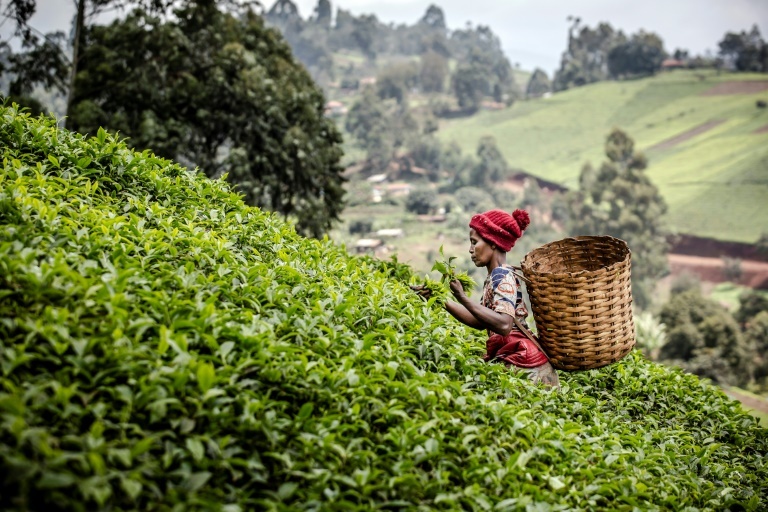 Nairobi (AFP) - Kenya's economy shrank for the first time in three decades last year as the country was battered by the coronavirus pandemic, and almost 740,000 people were thrown out of work, a new government survey said.

Gross domestic product in the East African powerhouse dropped by 0.3 percent -- the first contraction since 1992 -- after expanding five percent in 2019, according to the report issued Thursday.

However, Treasury Secretary Ukur Yatani said that the economy was set for a "significant rebound" in 2021, with forecast growth of around six percent.

A total of 738,000 jobs were shed, with informal workers such as small traders and artisans bearing the brunt, bringing the total number of people employed to 17.4 million.

"Disruption in labour supply brought about by restriction of movement and social distancing meant to contain the spread of Covid-19 reduced demand for goods and services," the report said.

Visitor numbers plunged more than 70 percent to just over half a million as international coronavirus travel curbs took their toll.

Construction was one of the few bright spots, surging more than 11 percent on the back of an increase in government spending on infrastructure projects, including a major China-funded highway being built in the capital Nairobi.

Ken Gichinga, chief economist at Mentoria Economics in Kenya, described the government's growth predictions for this year as "slightly ambitious".

"Even as we speak, the economy is only partially open.Large swathes of the Kenyan economy remain closed because of the curfew restrictions (so whether) we can hit that target remains quite debatable."

Kenya remains under a nationwide nighttime curfew and other curbs as coronavirus cases continue to rise although the country has been trying to ramp up its vaccination drive with the delivery of jabs from abroad.

According to the latest statistics, only three percent of Kenyan adults have been fully vaccinated, while the country has reported a total of 242,284 Covid-19 cases with 4,864 deaths.