NAIROBI, Kenya — As results poured in from Kenya’s cliffhanger presidential election, patrons at a restaurant in Eldoret, 150 miles north of Nairobi, the capital, stared up at six television screens Thursday night that were showing the competing tallies by Kenyan news media outlets.

With 9% of the votes tallied, the two main contenders, William Ruto and Raila Odinga, were only a few thousand votes apart. Each had about 49% of the vote.

“People are so tense,” said Kennedy Orangi, a hospital nurse brandishing two cellphones, “that they cannot even think straight.”

Then the tallies ground to a halt.

Suddenly, millions of Kenyans, who had been glued to their televisions, radios and phones since Tuesday’s vote, were in the dark about the latest results of a neck-and-neck presidential race that has gripped the country, and is being scrutinized far beyond.

On Friday, Kenyan news organizations gave various explanations for stopping their counts, including fears of hacking and a desire to “synchronize” their results.

But to many Kenyans, it seemed they got cold feet and shied away from having to declare the winner in a high-stakes political battle that pits Ruto, the country’s vice president, against Odinga, a political veteran making his fifth run for the presidency.

Now, voters have to continue their nail-biting wait. Officials say it will likely be Sunday, at the earliest, before the election commission can declare an official winner in the race — and to know whether either candidate can pass the 50% threshold needed to avoid a runoff.

The stakes in this election are high for Kenya, an East African powerhouse with a recent history of turbulent elections. But it also reverberates beyond, as a litmus test for democracy at a time when authoritarianism is advancing across Africa, and the globe.

“Kenya is an anchor for stability, security and democracy — not just in the region, or on this continent, but across the globe,” the embassies of the United States and 13 other Western countries said in a statement on the eve of the election.

Seared by criticism of its failings in previous votes, the national election commission went to great lengths to make this an exemplary election.

With a budget of over $370 million, one of the highest per voter costs in the world, the commission sourced printed paper ballots from Europe that had more security features than Kenya’s currency notes. It deployed biometric technology to identify voters by their fingerprints and images.

The election commission “has done a very professional job,” said Johnnie Carson, a former U.S. ambassador to Kenya who is serving as an election observer. The biometric system “worked better than many people anticipated and has proved to be a useful model to build on.”

The commission began posting online results from over 46,000 polling stations within hours of the polls closing Tuesday, a move of radical transparency intended to ward off fears of potential vote rigging.

But in the counting, things haven’t gone entirely to plan.

The election commission’s decision to post the results online — allowing the news media to do the first, unofficial tally of the results — has proved to be problematic. Media organizations tallied in different sequences, leading to conflicting reports of who was ahead.

That drew criticism from international and local observers like the Kenya Human Rights Commission, which said that divergent tallies were causing “confusion, anxiety, fear, unrest.”

As the numbers rolled in, it became clear the race between Ruto and Odinga was far tighter than most Kenyans anticipated. Heading into the election Tuesday, several polls showed Odinga with a comfortable lead.

After the election, the commission’s official count was slow, because poll workers had to transport paper result sheets from the 46,229 polling sites to the national counting center in Nairobi. Then commission workers had to verify the papers against the online database of images of the same sheets.

Those delays meant that by Thursday night it was becoming clear that the first indication of a winner would likely come from the news media — not the election commission — a politically sensitive move in a country where the media can be subject to heavy-handed government interference.

Felix Odhiambo Owuor, executive director of the Electoral Law and Governance Institute for Africa, a nonprofit that helped draft guidelines for the news media’s role in the election, said in an interview the media groups pulled out to avoid a tricky situation.

“I think they just decided it was better to wait” for Kenya’s electoral commission “to catch up,” he said.

Others pointed to direct government pressure to end the count. Three reporters with the Nation Media Group, speaking on the condition of anonymity to discuss sensitive internal matters, said government officials had pressured their editors to stop the tallying because, they were told, it was creating confusion among the public.

On Friday, in an article in the Nation newspaper, Mutuma Mathiu, editor-in-chief of the Nation Media Group, described what a difficult task the tallying had become.

“We are not just tallying figures. We are also trying to keep safe, and open, not bankrupt ourselves, stay out of the clutches of influence groups and provide good, clean data,” he wrote.

In a statement, David Omwoyo, head of the government’s Media Council of Kenya, said that “No one has asked anyone to stop the tallying and projection of the results.”

The only unofficial tallies were being carried out by foreign news organizations — the BBC and a joint effort by Reuters and Google. But they were based on a set of constituency results that, as of midnight Friday, was only 75% complete.

That could leave Kenyans waiting for the final results, to find out who is their next president, or if the country is headed for a runoff and will have to repeat the whole anxious exercise one month from now. 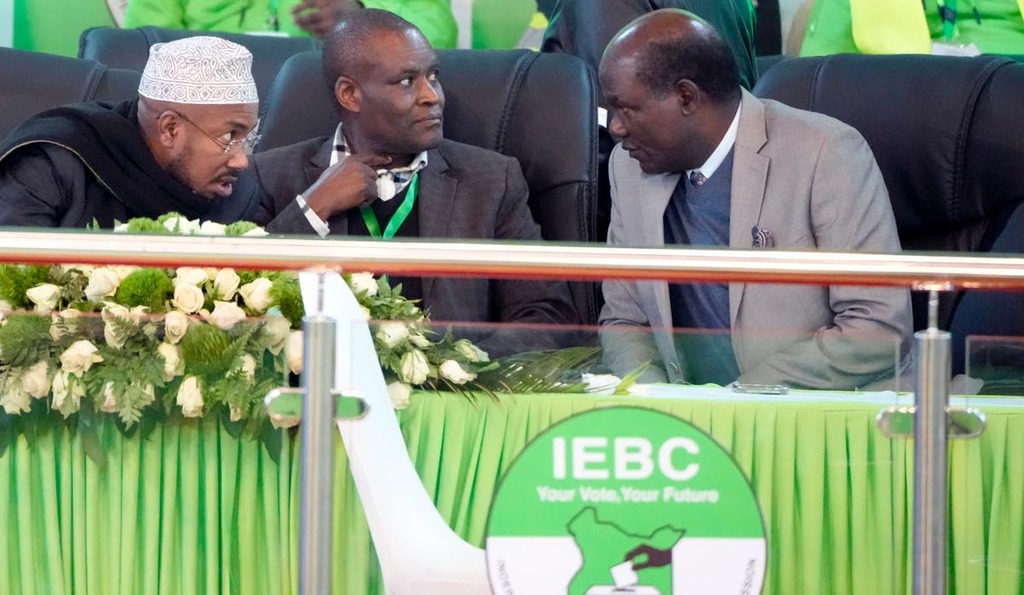 The Independent UK
From analysis to the latest developments in health, read the most diverse news in one place.
Brief scuffles slow tallying in Kenya's close election

Without providing any proof, the secretary-general of Kenya's governing party has said there was election rigging, fuelling public anxiety on…

Reuters
One place to find news on any topic, from hundreds of sites.
Ruto pulls ahead in Kenya's presidential vote count as tempers fray

Kenya's Deputy President William Ruto has edged ahead in a tight presidential race, according to official results reported by Kenyan…