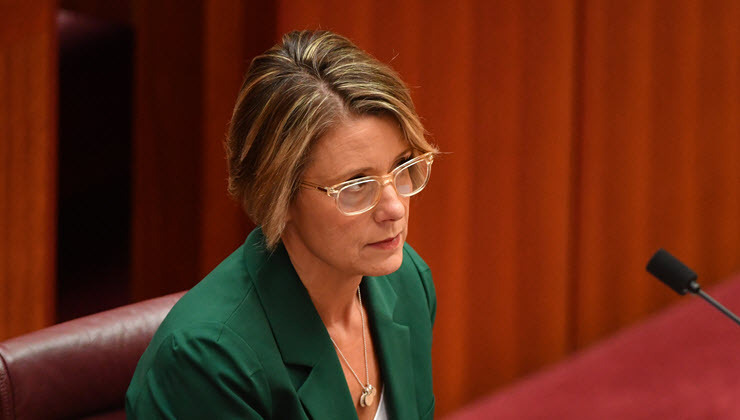 Kristina Keneally is digging her heels in. The Labor senator’s decision to switch to the lower house seat of Fowler in western Sydney at the expense of local hopeful Tu Le has drawn anger from within and outside the ALP.

Keneally parachuting into one of the country’s most multicultural electorates ahead of Le, a child of Vietnamese immigrants with deep ties to the community, has finally focused attention back on the shocking lack of cultural diversity in Australian politics — an area in which Australia lags stubbornly behind the United Kingdom, New Zealand and Canada.

The whiteness problem looks even starker when compared with other Western democracies. Take the UK, where just 13% of the population is from a Black, Asian or minority ethnic (BAME) background. After the 2019 election, 65 MPs, or 10% of the Commons, had BAME heritage, and one in four Labour MPs came from a culturally diverse background.

In Canada, where a similar proportion of the population comes from a non-European background, 17% of MPs are “visible minorities”. Prime Minister Justin Trudeau’s cabinet also includes numerous First Nations and non-white MPs. New Democratic Party leader Jagmeet Singh is the first visible minority to lead a major political party there.

In New Zealand, the Parliament is 53% Maori. And in the United States, a quarter of the 117th Congress are people from racially or ethnic minority groups.

In all these countries, cultural diversity increases at every election. But so far it’s unlikely Australia will make big strides to improve diversity when we go to the polls some time in the next few months.

Keneally’s decision to run in Fowler means the focus has been on Labor’s failure to preselect culturally diverse candidates (although the Coalition is no better). The response from senior Labor figures has been defensive. On Friday Opposition Leader Anthony Albanese pointed to Penny Wong and Ed Husic (who once quit shadow cabinet to make way for Keneally) as evidence of the “great diversity” in Labor’s ranks. On Insiders yesterday, Tanya Plibersek tried to spin Labor’s challenge as evidence of the “fantastic women” in the party.

Some of the only internal criticism within Labor has come from some of the culturally diverse MPs on the backbench. This morning, federal ALP MP Peter Khalil criticised Parliament’s lack of ethnic diversity: “We should not be token, or be just be making up the numbers.”

“Diversity and equality and multiculturalism can’t just be a trope that Labor pulls out and parades while wearing a sari and eating some kung pao chicken to make ourselves look good,” Aly told the ABC yesterday.

The Liberals have been full of glee. But Parliament’s diversity problem isn’t just a Labor problem. And it will only be solved if parties take it seriously beyond the occasional preselection headache and political gotcha moment.

Do you think Keneally should parachute into the safe Labor seat, pushing aside Tu Le? Let us know your thoughts by writing to letters@crikey.com.au. Please include your full name if you would like to be considered for publication in Crikey’s Your Say column. We reserve the right to edit for length and clarity.