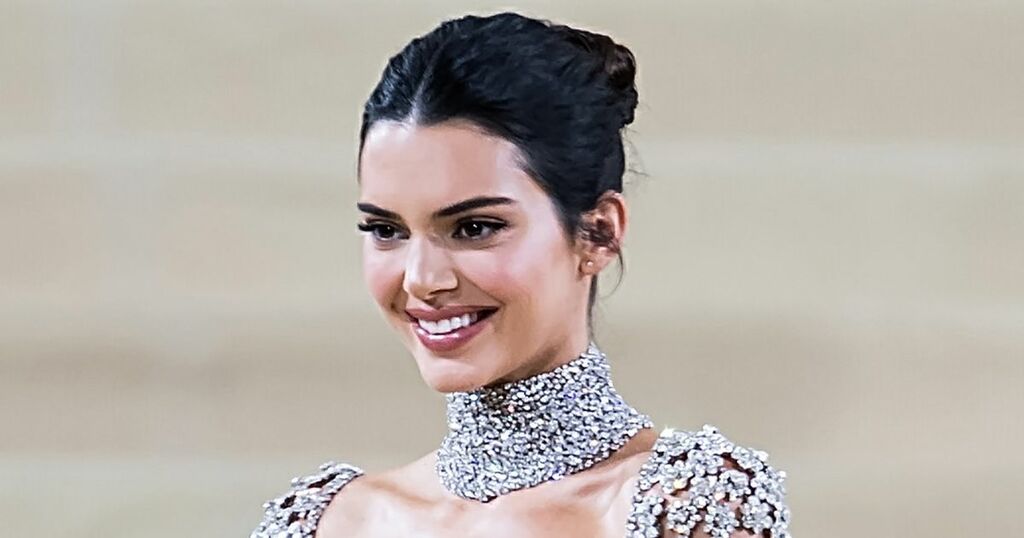 The 25-year-old reality star and model shared a photo of herself posing in a leather corset, leather thong, knee-high boots, fishnet tights and also wore one long-sleeved glove and clutched a pair of sunglasses.

Kendall’s kinky goth-chic snap was seen as something of a preview of her upcoming Halloween plans as she confirmed to fans she was contemplating dress up ideas.

Taking to Instagram late on Sunday evening, the reality star threw her fans into a frenzy as she shared the photo of herself posing with her bottom aimed directly at the camera.

With her back to the shutters, she wrote: “gotta figure out halloween.”

The reality star channelled Pamela Anderson’s version of the character from the iconic 1996 Barb Wire film – which tanked at the box office and was slaughtered by critics.

The movie followed Pammy’s character Barbara 'Barb Wire' Kopetski who tried to help a fugitive escape the USA to Canada in an imagined second civil war – and the film features the immortal line: “Don’t call me babe.”

Kendall donned her fishnet, corset and knee-high look last year as she transformed into the character for Halloween while also wearing a voluminous blonde wig and fake tattoo around her arm.

She wore the outfit to her own Halloween party which she hosted at Harriet’s Rooftop at 1 Hotel in West Hollywood.

The night was attended by major celebrities including Canadian singers The Weeknd and Justin Bieber, and model beauty Winnie Harlow.

Fans and friends of Kendall have hinted she might struggle to top last years’s costume.

One hair stylist friend mentioned in response to Kendall’s latest snap: “The pressure.”

While many others commented on how impressive Kendall looked in her bottom-flashing photograph.

Kendall’s 2020 Halloween party was controversial, however, as some fans slammed the star, her friends, and her family for hosting a big event amid the ongoing Covid-19 pandemic.

However, the stars insisted there was a strict testing policy in place that guests adhered to.

Kendall’s mother, 65-year-old Kris Jenner, defended the party, saying last year: “We are very lucky to work in an industry where we get tested once or twice a week.

I just got tested again. I was tested on Friday, because of the network rules while we are filming as you know, so that’s very strict.

“Whenever we have a gathering - no matter how big or small - no matter, you know, whether it’s five people or 25 people, you know, or 20 people, we have, like at Kendall’s, everyone got tested before they walked in the door and they had to wait, you know, a half an hour until the testing was, the results were in.”