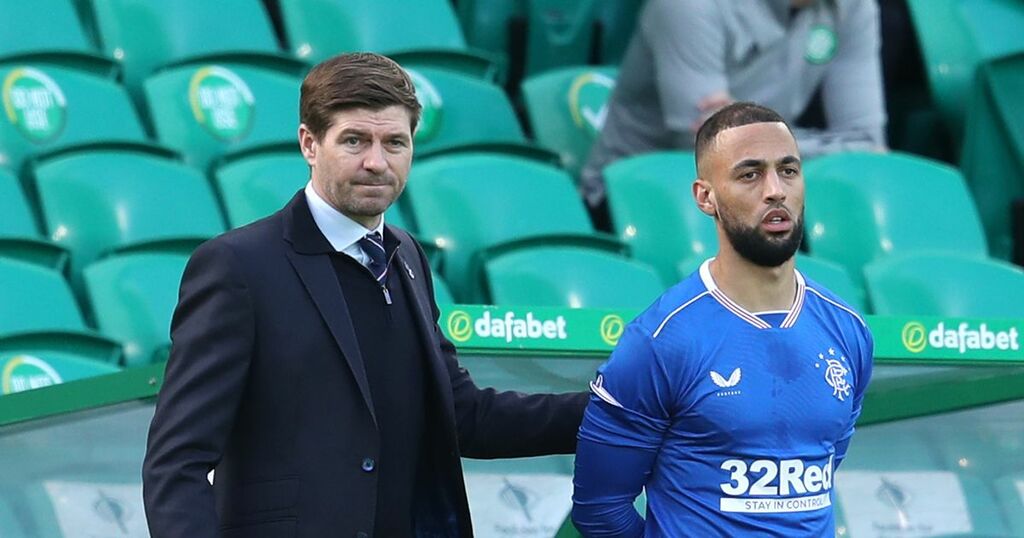 There were no surprises lurking inside the laundry basket in the Rangers dressing room while Steven Gerrard completed his self-isolation from home.

The Premiership winning boss didn't need to pull a Jose Mourinho — even if Kemar Roofe would have liked him to.

The Portuguese boss famously found his way into the bowels of Stamford Bridge with the aid of a crafty kit man back in 2005 to deliver a team talk while serving a UEFA suspension for a massive Champions League tie.

Gerrard played by the book though. And with Gary McAllister and Michael Beale helping to steer the ship in a massive 1-0 home win over Celtic before the international break, such underhand tactics weren't required.

Ibrox striker Roofe knew Gerrard's absence wouldn't cause too much concern as the coaching and playing collective at the club is stronger than any one man.

He joked: "I thought he was going to do a Jose Mourinho and turn up in the basket. But he didn't.

"But, no, that's the thing - we've got a strong set-up here. Someone can be missing and someone else will step up and take responsibility.

"It's not just down to one person, it's a group. There's a strong core there and we had that core in that last week.

"So we were still able to keep our game plan and work on it - we executed it.

"It's a strange time for everybody, everybody is in the same boat. We had quite a lot of players and staff out with Covid, but I'm sure many teams will have the same circumstances soon, and everyone has to deal with it the same way."

Roofe made his international debut over the break, turning out for Jamaica as part of a new contingent of UK-based players that also includes West Ham's Michail Antonio and Derby County man Ravel Morrison.

He was overjoyed to represent the Reggae Boyz, even if he was limited to one cap by Covid travel restrictions — a 3-0 loss to Panama.

He said: "It was a proud moment for myself and my family to represent my dad's country of birth.

"It's a good experience to play international football. It's a different style of football to the domestic game. It's enjoyable experience, even though we lost.

"We only had a few days to get to know each other and play the game. The two other games were in the red zone so we couldn't go to those games.

"If you ask any player, they would rather play games than train. It's just the way it is, the games are the important things.

"Once you get into the rhythm of Thursday-Sunday-Thursday, it's not as difficult - especially if you're winning as well. It makes it a lot easier."