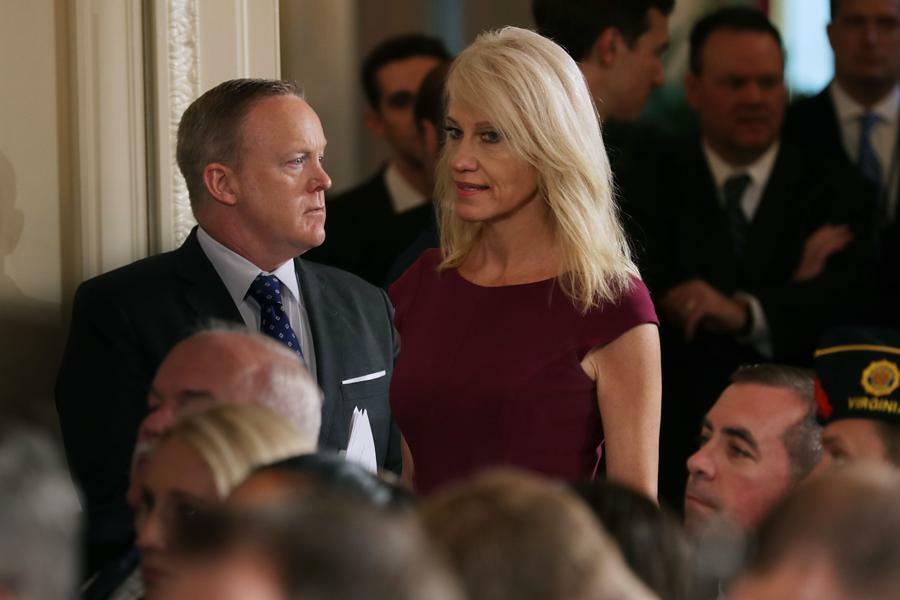 White House press secretary Jen Psaki confirmed the move during a press briefing on Wednesday, telling reporters Biden’s objective is to ensure the board members are “qualified to serve on them” and “aligned with [his] values.”

The list includes former White House press secretary Sean Spicer and former Office of Management and Budget Director Russ Vought, who are on the Naval Academy’s board of visitors, and former senior counselor Kellyanne Conway, who is on the Air Force Academy’s board.

Vought, who Biden accused of hampering the OMB’s transition, and Spicer tweeted photos of the letters they received, with Vought stating, “No. It’s a three year term,” while Conway sent a letter to Biden telling him, “I’m not resigning, but you should.”

Conway, one of Trump’s most visible political advisers during his time in the White House, said the move “seems petty and political, if not personal,” also alleging the effort to purge the typically non-political boards it is a “break from presidential norms.”

The letters informed each appointee their positions would be terminated effective 6:00 p.m. Wednesday.

Psaki said during the briefing she will “let others evaluate whether… Kellyanne Conway or Sean Spicer and others were qualified or not political,” adding that Biden’s qualification requirements are “not your party registration.”

11. That’s the number of Trump-appointed board members the White House has asked to resign, according to CNN and the Washington Post. In addition to Conway, Vought and Spicer, the list also reportedly includes former National Security Adviser H.R. McMaster and Ret. four-star Army Gen. Jack Keane.