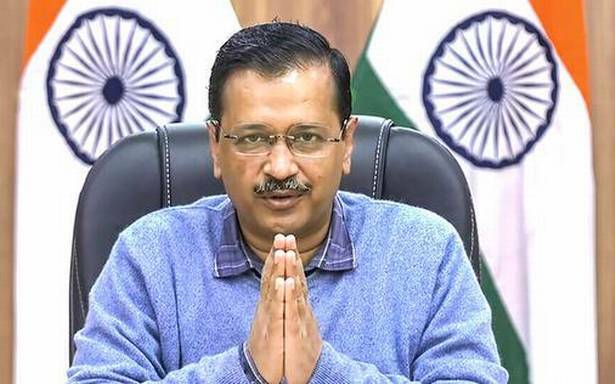 Aam Aadmi Party (AAP) volunteers have been asked to take a month off from work to dedicate themselves to conducting door-to-door campaign ahead of the upcoming Assembly elections in the States where the party is contesting.

AAP national convener Arvind Kejriwal said the campaign was not to change the ruling party in the States or grab power.

He added that it was to create a change in society and the whole country by eliminating corruption from its roots and implementing a system of honesty and integrity.

Addressing party volunteers, Mr. Kejriwal said due to COVID-19, the Election Commission of India has imposed a variety of restrictions over election campaigning but has allowed door-to-door campaigning.

“Whenever you go to someone’s house — first ask them how they’re doing, how everyone’s health is. Before asking for votes, if they need any help, first do that. Consider this to be an opportunity to commit yourselves to seva. Then you should tell them about the AAP government of Delhi and what all we have done in the State,” Mr. Kerjiwal told the volunteers.

He added that AAP was competing against a corrupt system and age-old parties with endless treasuries, but the party needs to surpass their wealth with “spirit” and “deshbhakti”.

“You are going out to bring change in this country like a true deshbhakt. You are not campaigning with the purpose of an electoral win, but to eliminate a corrupt system. The AAP government has proved that governments can be run with honesty as well. The old parties told us that winning an election requires truckloads of cash and even more deceit. AAP proved that elections can be fought with honesty and can also be won with honesty,” Mr. Kejriwal said.

Highlighting the role social media is going to play in the campaign, Mr. Kejriwal said AAP volunteers are “masters of social media” and asked them to manifest the power of social media to reach every voter in every household.