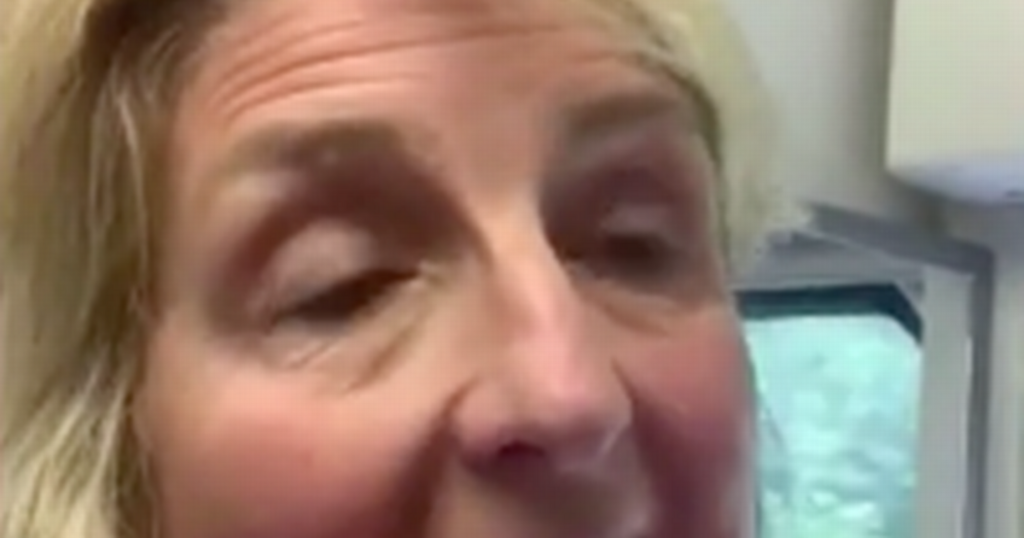 Kaye Adams was left furious this week after she stated she was "being held hostage" on the Caledonian Sleeper train.

The Loose Women presenter was very unhappy with the experience she received on the luxury overnight train, which runs from Edinburgh to London.

A three-hour delay had caused the 58-year-old to take to social media for a fuming rant after she claimed passengers were told nothing about why they had stopped.

Kaye explained that she had boarded the late-night service to head down south and present Loose Women but was now not going to make the show because of the delay.

The trip between the two capitals usually takes around eight hours, with a ticket costing anywhere from £185 to £335, according to the Daily Record.

Speaking about her ordeal online, Kaye stated she felt as if she was "being held hostage" as she and other passengers waited for information.

She said: "On a train somewhere outside London, no idea where, three hours late on an eight hour journey, and I'm trying to say to myself, 'Kaye, calm down come on these things happen, they've obviously had a little accident during the night and then I think to myself, are you sh***ing me?'

In another video, Kaye went on to say that she felt like she was being held hostage and even tagged the company.

She said: "I literally feel like I have been taken hostage by a train company. We're stuck at the station, there's nobody telling us piss all.

"We are two or three hours late, I have lost count and that's it, there's nobody to be seen."

Caledonian Sleeper responded on Twitter: "Hello there has been a signal failure at Harrow and Wealdstone. I would advise to speak to the staff on board. I believe you will be getting a day service train to arrive into London. I am not aware of how long this will take at this current time. Garry."

And Kaye replied: "Thanks Garry , zero communication from staff. Now in an Uber."

Responding to her social media posts, one fan said: Will be watching loose women to see if you make it"

And Kaye responded: "Not looking good at this date."

Another user commented: "Of course they're obligated but things happen. Terrible unplanned things. Someone could have jumped somewhere along the line & that's the point you're missing. It's not about you. Just sit tight & you'll get there.......eventually."

The Caledonian Sleeper are yet to respond.