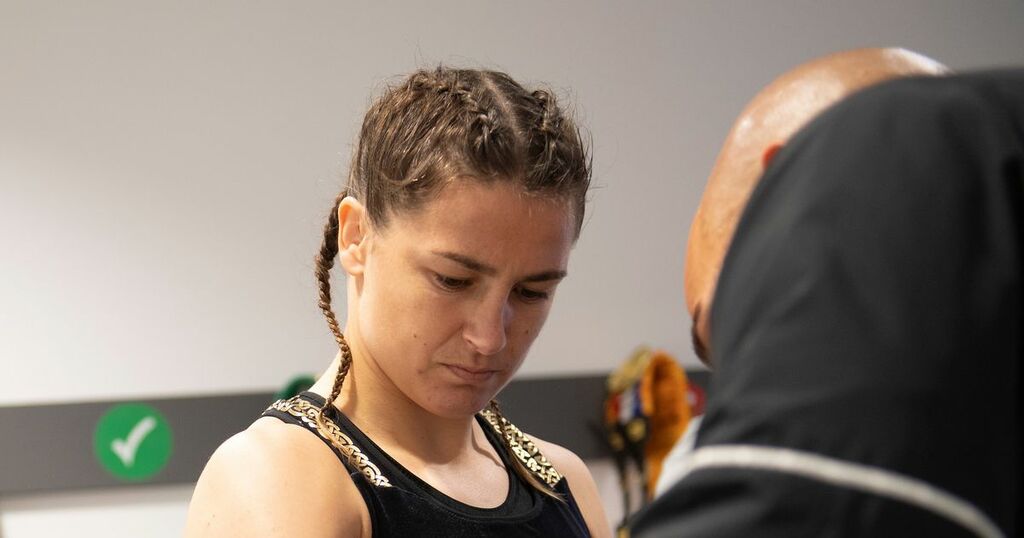 Katie Taylor is ready and waiting for Amando Serrano to agree to the biggest fight in women's boxing history.

This is according to Taylor's trainer Ross Enamait, who thinks it is the obvious next challenge for the undefeated Bray woman.

He said: “I think Amanda Serrano is the biggest fight out there you can make.

“I know there's been talks of (undisputed welterweight champion) Jessica McCaskill as an option, and she's solid herself and I'm sure that would be a great fight, but we outboxed her pretty clear already.

"I know she's improving but I'd rather fight Amanda Serrano because we haven't fought her yet.

"It's something new and Serrano's got her own following, she's been successful for a long time and that, to me, is the biggest fight in all of women's boxing.

"I think it's a tough argument for any other fight to be as big as that.

"We wanted it before and we still want it, so the ball's in their court and they gotta decide do they really want this or not.”

After a glittering amateur career, Taylor's record since turning professional stands at a perfect 19 victories without defeat, including a win over Amanda's sister Cindy in 2018.

But her Connecticut-based trainer insists that there is never any motivation struggles for the 35-year-old, with more big fights on the horizon.

"She feels blessed to be able to do what she does. When she stops loving it is when she probably would walk away, but she's not even close to that.

"She's from a fighting family herself. Katie's father fought, her brothers fought, this is in her blood and it's all she's ever done, and she loves it.

"So as far as motivation, she's a competitor and she wants to win, whether it's rock-paper-scissors or whatever.