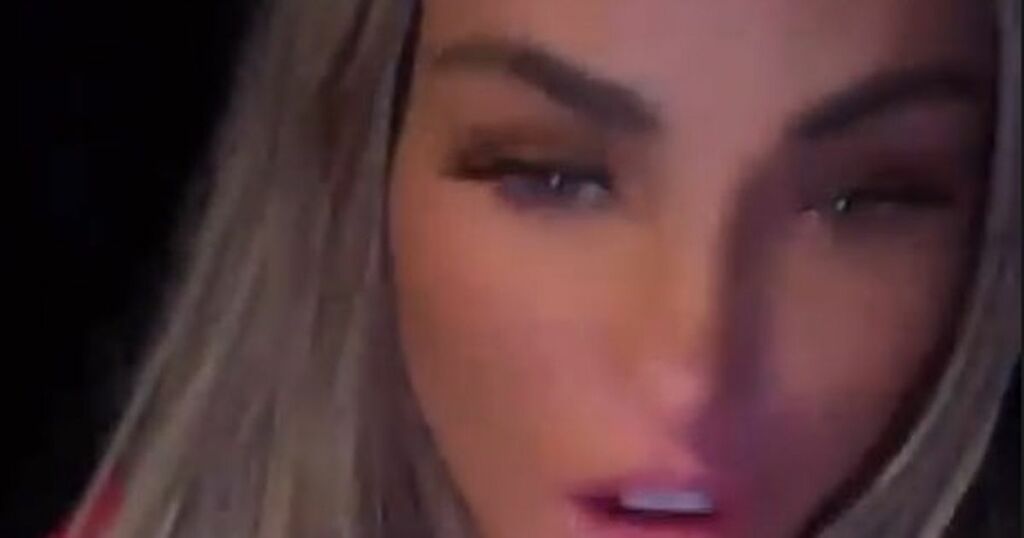 Former Eurovision wannabe Katie Price gets beyond excited at UK's success in song contest
We may have come second in the end, but that's a world away from Pricey's own disastrous attempt at representing…

Geri Halliwell has posted a picture of her daughter, Bluebell Madonna, to celebrate the 16-year-old’s special day, with plenty of…

Katie Price turned her fans green with envy as she shared videos of herself sucking oysters while on another luxury holiday.

The former glamour model, 43, is currently enjoying her fifth far-flung break of the year, as she and Carl Woods headed off to an undisclosed location to celebrate the 30th birthday of her pal Ross Mackenzie Fraser.

The mum-of-five uploaded snaps and videos of her living the high life on a yacht, surrounded by her close friends, as they ate oysters and drank champagne in honour of the hair salon owner’s milestone birthday.

Katie and Carl used the trip to showcase their love for one another, after they recently reunited following a brief split, and the former Love Island star also uploaded clips to his Instagram Stories.

In one video taken by Carl, Katie can be seen sunbathing on the yacht and cuddling up to her beau, while wearing a blue shirt and matching shorts, and her windswept hair in a loose ponytail.

He also captured Katie helping herself to the lavish birthday buffet that was laid out for the guests, with bottles of fizz chilling in a huge bucket of ice.

The loved-up couple were also joined by their manager, Chad Teixeira, for the luxury trip.

“Alright babe, what do you think?” he asked Katie, who was grazing the buffet table.

“I love it, I’m eating it all,” she said, as Carl cheekily replied: “Love it. Straight in there, No messing about.”

The inside of the boat was decorated with pink and red balloons, and in another video, Carl leaned over the side to give his followers a glimpse of their location, which he suggested was Spain.

The reality star has already been on four holidays this year, as she flew to Belgium at the beginning of 2022 for cosmetic surgery.

She then opted for a staycation in The New Forest, but then booked a long holiday in Thailand, flying there with Carl as she showed off the results of her latest round of treatments, including a chin lift and boob job.

And just last month, Katie and her fiancé jetted off to Portugal for a break in Alicante.

Carl WoodsKatie Price
Sign up to read this article

Former Eurovision wannabe Katie Price gets beyond excited at UK's success in song contest
We may have come second in the end, but that's a world away from Pricey's own disastrous attempt at representing…

Geri Halliwell has posted a picture of her daughter, Bluebell Madonna, to celebrate the 16-year-old’s special day, with plenty of…