Katie Price has sparked fresh pregnancy rumours after revealing that she is already shopping for her sixth pregnancy.

Commenting on a picture posted by Billie Faiers, which showed three pushchairs from her My Babiie range, Katie said: "Yes when I have a baby this is the pram."

Katie has been open about her desire to have a baby with her fiancé Carl Woods, who she recently confirmed that she is still engaged to after rumours that they had split in March.

Katie and Carl have been spotted going into a fertility clinic several times together and Katie confirmed her plans for a baby with Carl to ITV ’s Good Morning Britain last year when she said: “This is going to be the year for me. Babies, marriage, I want it all.”

The former glamour model already has five children from previous marriages and relationships.

As rumours grow that she may be pregnant with her sixth, we take a look at Katie Price’s other children, including who their dads are.

Yorke initially denied being Harvey’s father, but Katie proved his paternity with a DNA test. Despite this, the footballer is not involved in Harvey’s life.

Harvey was born with Prader-Willi syndrome and also lives with autism and Septo-Optic Dysplasia, a rare genetic disorder affecting his eyesight.

This means that the 19-year-old requires 24-hour care and lives in a residential National Star college in Cheltenham, where he has access to healthcare professionals.

Katie opened up about Harvey’s disabilities in the BBC One documentary Katie Price: Harvey and Me, saying: "It's pretty predictable to know what will happen with the other kids.

"But with Harvey, it's not predictable because he's got complex needs."

Junior is Katie’s second child and the first from her marriage to singer Peter Andre.

Junior is a model and singer. In 2018 he signed a modelling contract for his own clothing range with Intense Menswear and in 2021 he bagged a record deal with Columbia Records.

Princess - or Princess Tiaamii Crystal Esther Andre, to give her her full name - is Katie’s first daughter and her second child with Peter Andre.

She was born in 2007, just two years before Katie split from Peter.

While she is often described as the “spitting image” of her mum, it seems that Princess wants to follow in her father's footsteps as Peter claims she’s most interested in music.

Katie has said that she and Princess have an “unbreakable bond”.

Since Katie and Peter split, both Princess and Junior divide their time between living with their mum and dad, and Princess has a close relationship with Peter’s wife Emily Andre.

Jett is Katie’s third son and her first child from her third marriage to Kieran Hayler.

Shortly after in 2013 Jett was born, after Katie went into labour eight weeks prematurely.

Katie’s youngest child is Bunny, who she also had with her ex-husband Kieran Hayler.

Seven-year-old Bunny was born in 2014 and like her brother was also premature, arriving six weeks early.

Bunny enjoys horse riding and playing with her mum’s makeup.

In 2018 Katie split from Bunny and Jett’s dad Kieran, following a tumultuous relationship that ended in cheating scandals, with Katie accusing Kieran of cheating on her with their nanny. 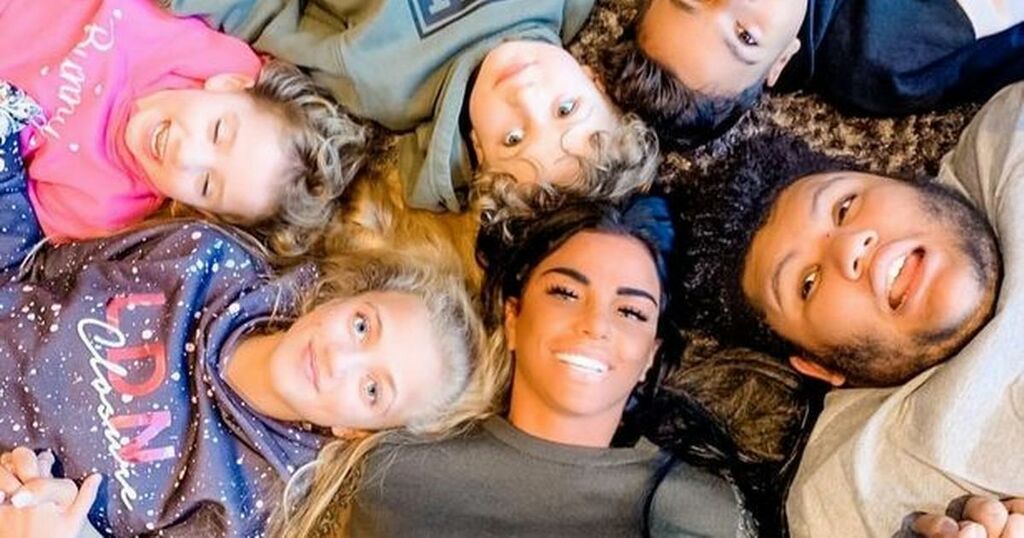