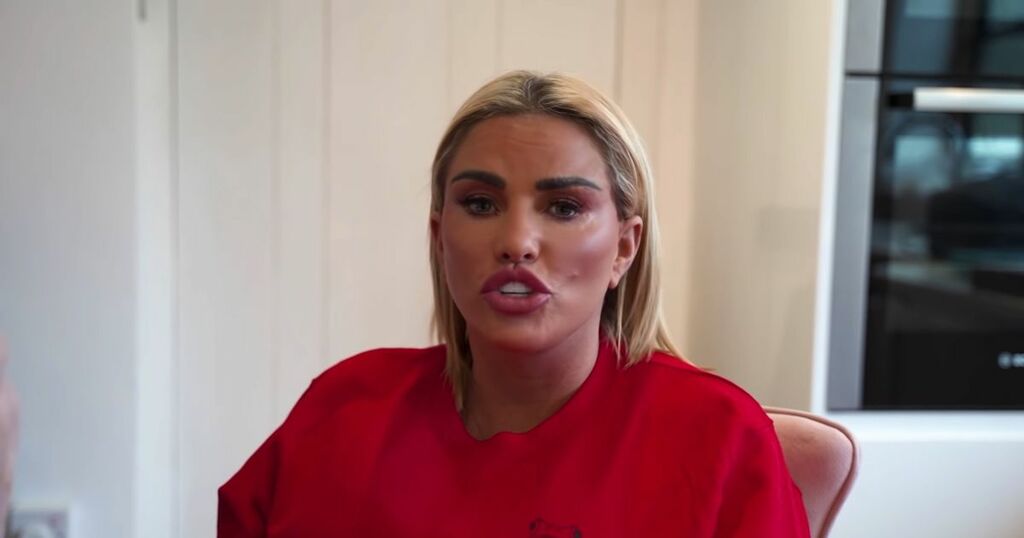 Katie Price revealed her son Harvey "destroyed" her house over Christmas admitting the festive period had left her "exhausted".

The 43-year-old made the claims on her YouTube channel as she was having her make-up done ahead of her Good Morning Britain interview.

Sitting in her kitchen sporting a bright red jumper the ex-glamour model said: "I'm very knackered today because Harvey's had me up since 4.30.

"I've had him all over Christmas, I'm knackered. He's destroyed the house as much as he can, pulling food out every day.

Katie explained that after the show the 19-year-old would be going back to his residential school, National Star.

Speaking about her interview she said: "This is the first job I've done since Christmas. I love doing Good Morning Britain, they're nice and early, live - get it done."

Katie appeared on the show with Harvey and called to her son off-camera before they went live: "He knows not to swear on telly, don't you Harv."

The pair were invited onto the programme to talk about her new book about life with Harvey, however Katie said she wouldn't just be sticking to one subject.

"He's got his book out, but whatever I'm asked, I will answer," she said with mock shock in her voice.

The artist formally known as Jordan has had quite a week after uploading a now deleted post in which she accused Peter Andre's wife Emily of being a "disgusting person".

Katie wrote: "My mouth has been shut for so long but I've had enough of people selling stories on me and particularly this so called woman @dr_emily_official.

Katie’s rant continued: "She is so jealous of my relationship I have with Princess and puts me down.”

Emily's reps told the Mirror they wouldn't be commenting on the matter.

The NHS doctor, who has two kids with Katie's ex Peter as well being stepmum to Junior and Princess, has a close bond with her stepdaughter and says she can 'ask her anything.'

Speaking about her recently published book Growing Up For Girls, the 32-year-old admitted not everyone was as lucky as she was growing up in terms of parental support.

Explaining that some children don't feel that they can talk to their parents she said: "I wanted to try and make teenagers feel like no question is silly, that they're not alone."