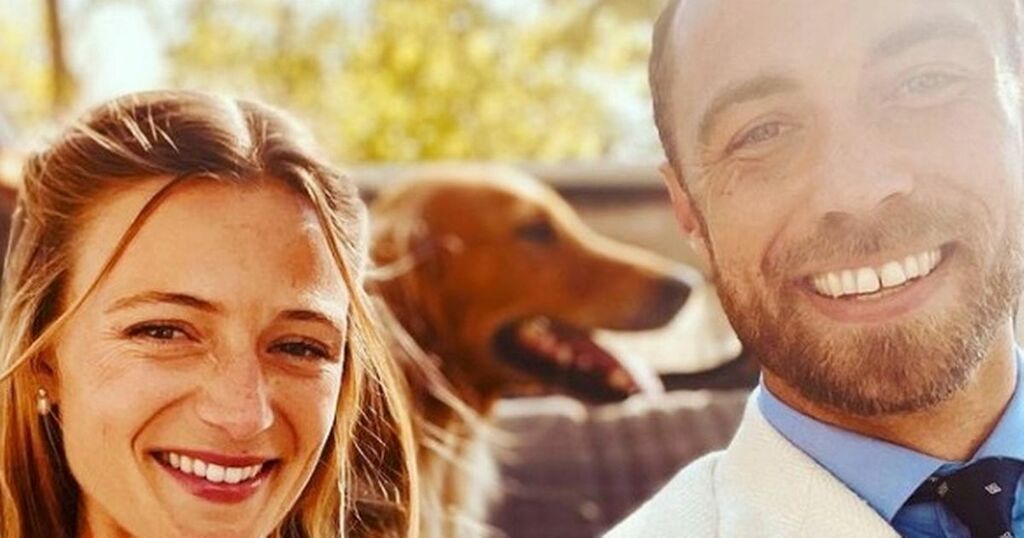 Kate Middleton and Prince William enjoyed a whirlwind weekend in the South of France as Kate’s beloved brother tied the knot with his love, Alizée Thevene.

James, 34, broke the happy news on Instagram as he posed alongside his stunning new wife and their adorable dogs on their big day.

The entrepreneur and dog lover beamed in the heartfelt post as he declared his love for Alizee, admitting that he’s the happiest man on the planet after marrying his ‘best friend’.

“Mr & Mrs Middleton. Yesterday I married the love of my life surrounded by family, friends and of course a few dogs in the beautiful village or Bormes-les-Mimosas. Words cannot describe how happy I am,” James penned.

It has now been revealed that James’ proud sister Kate jetted to France with Prince William, Prince George, Princess Charlotte and Prince Louis, to celebrate with her family as her brother said “I do”.

Lifting the lid on the ceremony on Lorraine, a royal expert told the presenter, 61, that Kate, William and their kids were joined by Kate’s family for a wholesome weekend in France surrounded by their nearest and dearest.

James and Alizee’s wedding has been a long time coming.

The entrepreneur first popped the question to his French love back in October 2019.

The couple had planned to get married in May 2020, but had to call things off due to the pandemic.

The handsome businessman got down on one knee during a romantic getaway in the Lake District.

James and his love beamed in a stunning snap with the scenic landscape behind them to announce the news.

Kate's smitten brother previously lifted the lid on the first time he met his wife.

The pair first locked eyes and got chatting all thanks to his cheeky dog, Ella.

“The two of us were at the South Kensington Club in Chelsea. Ella was lying at my feet under the table; realising she might want some water, I trusted her to take herself over to the water bowl across the terrace," he told the Telegraph.

“However, she made a beeline for Alizée. Rather embarrassed, I went over to apologise and bring Ella back. But Alizée thought I was the waiter and ordered her drink while continuing to stroke Ella, who at this point was on her back lapping up the attention.

“Little did I know, but I had just met my future wife, all thanks to Ella. If I hadn’t trusted Ella, I wouldn’t have brought her to the South Kensington Club and she wouldn’t have been able to say hi to the woman who became my fiancée.”